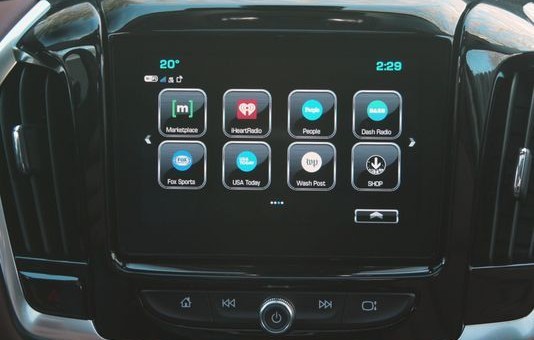 General Motors most recently unveiled GM Marketplace, a system that allows drivers to order food and drink, among other things, right from the car’s infotainment system. The automaker has followed up that act with another new feature: in-car podcast availability.

GM announced on Thursday that it has partnered with eight outlets to provide their podcasts via downloadable apps for the vehicle’s infotainment system. The apps will show up for download in the “Shop” icon. To start, companies will bring podcasts from Fox Sports, People Magazine, The New York Times and more.

The system does require an OnStar 4G LTE Wi-Fi plan to operate, however. For those who already subscribe to a plan, it’s an added bonus. For those who do not, it could be an added benefit to pick up a Wi-Fi plan. Though, drivers can still stream their favorite podcasts from their smartphones without this feature.

“By being able to add software after you’ve purchased the car, we’re extending the (content) ecosystem that exists in the vehicle as opposed to what you bring into the car with your phone,” said John McFarland, GM’s director of digital experience and connected vehicles.

McFarland added the podcast availability is just another way GM wants to make its vehicles more connected with drivers’ lives. In the future, he envisioned more apps that could control parts of the home, such as lighting and other components.