In November 2016, General Motors filed two trademark applications for DDB and Buick DDB. The filings appeared rather strange at first, but we later figured out that DDB is an acronym for Buick founder David Dunbar Buick. What’s more, the trademark filing states that both names will be used in conjunction with “Motor land vehicles, namely, passenger automobiles”. And the filings saw a major development last month. 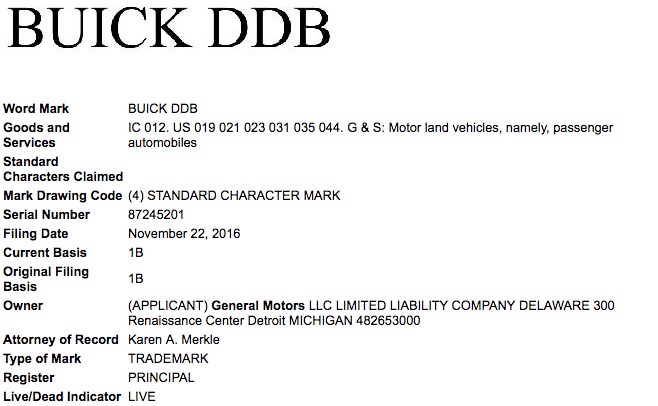 In November 2017, the USPTO granted GM its first extension on the filings, resulting in a movement of status to 730. Translating this legalese means the following: as part of the trademark registration process, applicants must submit to the trademark office a document called a Statement of Use (SOU) that demonstrates that the applicant is using in a real-world product or service the name it is applying for. Without this document, a trademark application will simply be denied. But there is one caveat: applicants may request six extensions to file the SOU to the USPTO with each extension lasting six months. 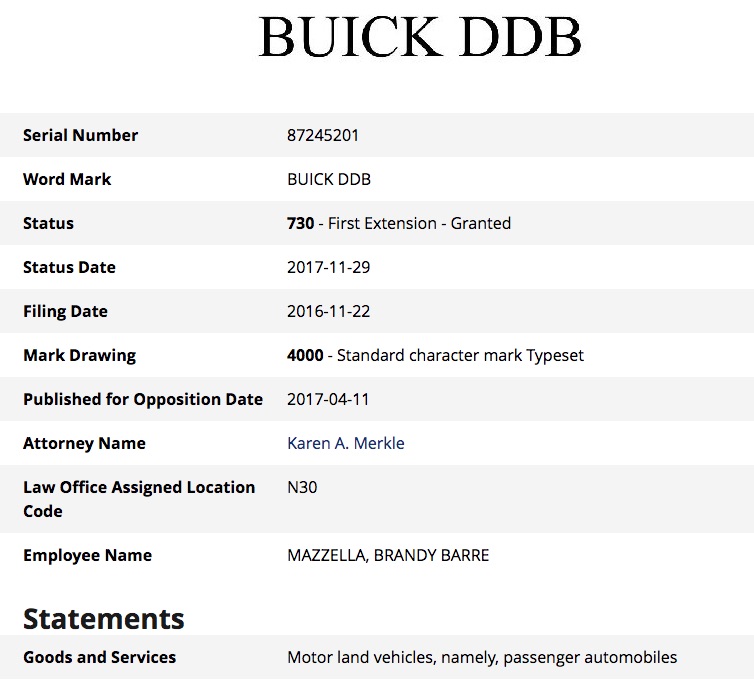 That’s exactly what GM on November 29 did with the DDB and Buick DDB trademark filings on November 29th, 2017. It now has four more extensions to file, each lasting six months, until being required to provide a Statement of Use or abandoning the applications altogether. As such, we believe that GM has serious plans for the trademarks, or else it would have already given up on them and not filed for the first extension.

Even so, it still remains a mystery how Buick will use the names, though when it does, we’re certain it will be for a future Buick car).