The latest round of Cadillac XT4 spy shots shows a Mercedes-Benz GLC-Class among the convoy of XT4 validation prototypes. But what the shots don’t show is a BMW X3, which was part of the mix, as confirmed by our spy photographer. This means that Cadillac is testing the upcoming XT4 against the two segment-defining crossovers from Germany. Cadillac XT4 spy shots in early December 2017 show a Mercedes-Benz GLC-Class as part of the testing convoy. Though not pictured, a BMW X3 was also part of the group.

That is to be expected, since the XT4 will compete against both of those models. But what makes this development particularly interesting is that Cadillac’s approach to the segment will differ vastly from that of the two German rivals. While the compact crossover offerings from Mercedes-Benz and BMW are based on rear-drive-based platforms with longitudinally-mounted powertrains, the XT4 will ride on a front-drive-based architecture with a transversely-mounted powertrain. That platform is likely GM’s E2 platform that also underpins the new Buick Regal and Chevrolet Malibu (2016 model year and newer). When compared to the Mercedes-Benz and BMW, the Cadillac XT4‘s notable architectural differences will likely result in vast differences in the driving experience: while the two German models as well as the new Alfa Romeo Stelvio feel planted during any driving maneuver and eat up curves like nobody’s business thanks to a near-perfect 50 front / 50 rear weight distribution, vehicles with transverse powertrain/front-drive configurations are known for being notoriously nose-heavy (to the extent of 65 percent of the car’s weight being the in the front and the remaining 35 percent in the rear) due to most of the car’s weight being over the front axle, rather than between the front and rear axles. This translates to the car’s front end “pushing” in cornering, especially in spirited driving situations, resulting in a loss of tire contact much earlier in the cornering process, and the associated decrease in driver confidence. Ironically, Cadillac’s own ATS, CTS and CT6 sedans excel in the handling department thanks to their well-balanced longitudinal powertrain/rear-drive Alpha and Omega platforms that deliver that coveted 50/50 weight distro. The same architectural shortcomings also apply to the midsize Cadillac XT5 crossover, which rides on the transverse powertrain/front-drive-based C1 platform shared with the second-gen GMC Acadia. But that flaw hasn’t stopped the XT5 from becoming the best-selling Cadillac, though being a new crossover in a market hungry for SUVs/CUVs certainly helps achieve that feat. On the other hand, it’s not like crossover buyers are taking their car to the track… but it sure is nice to know that you can take full advantage of a curved on-ramp or a spirited drive through the twisties while heading to the mountains, without feeling like your luxury family hauler will slip out of control if pushed (closer) to the limit. 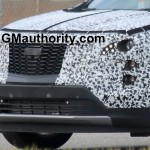 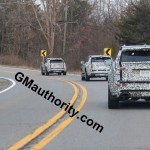 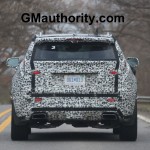 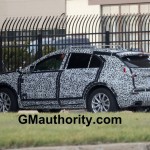 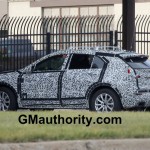 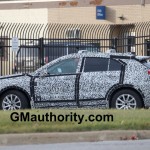 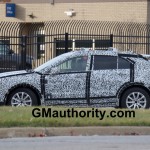 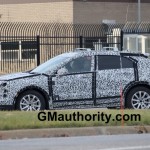 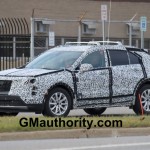 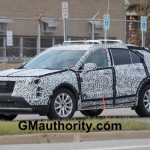 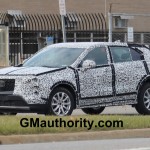 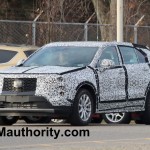