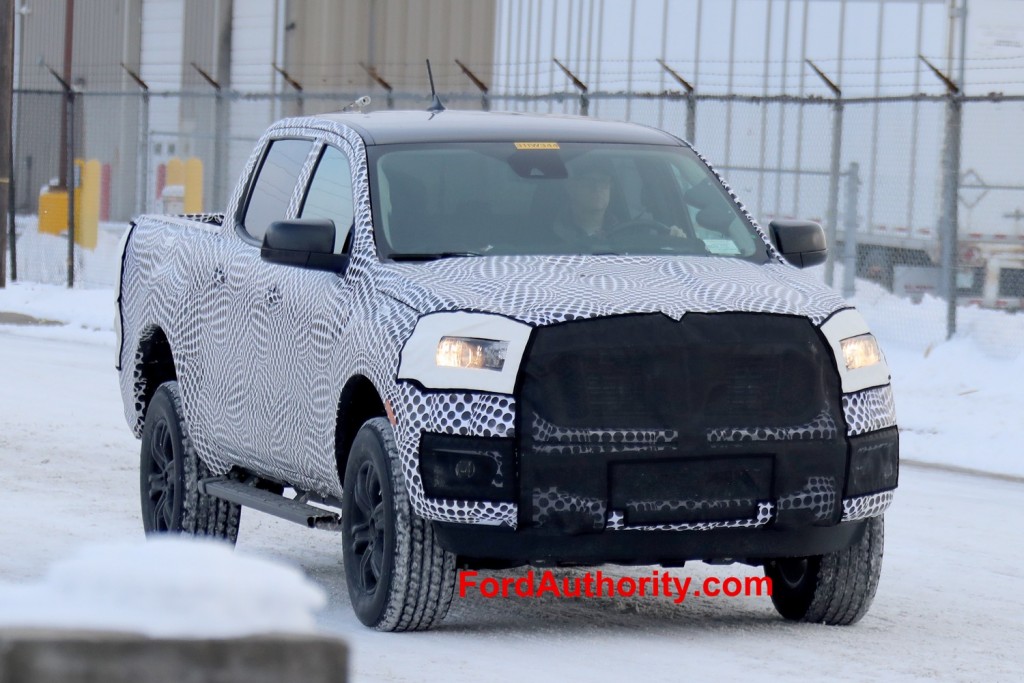 Captured frolicking in the snow undergoing cold weather testing, the model is wearing the production-intent front face. Until this point, we have only seen the Ranger XLT wear its mule front end, which is not destined for production. By comparison, the Ranger FX4 will have its own unique front fascia, just like it does for the F-150 family. 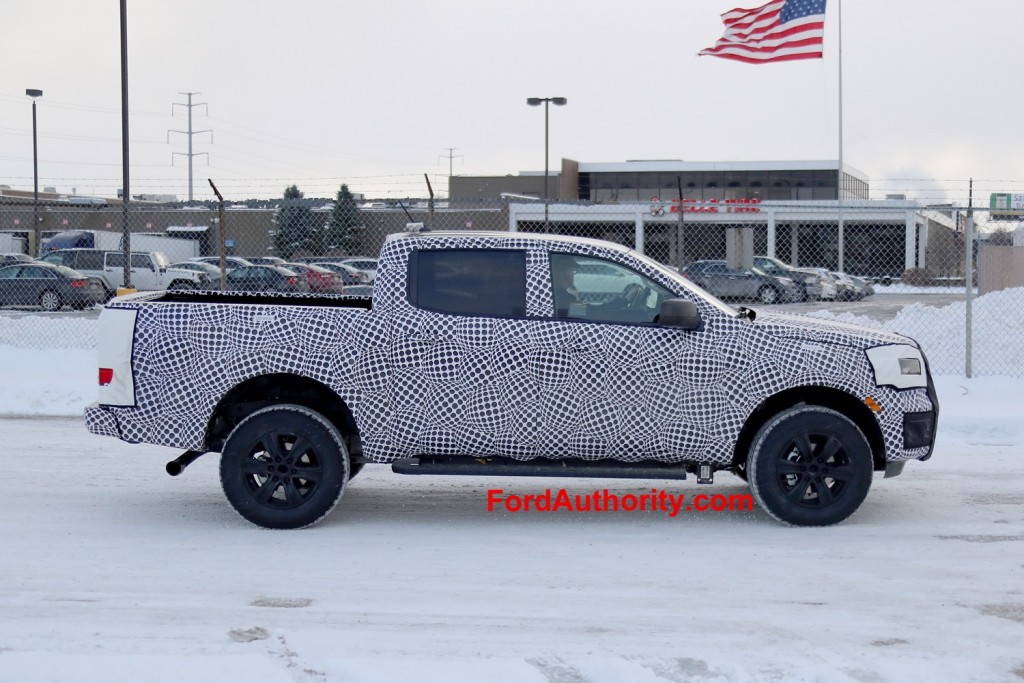 The 2019 Ranger will likely be offered with a range of turbo-charged EcoBoost four- and six-cylinder engines. In addition, international-market models can be optioned with a 3.2L turbo-diesel motor, but is currently unclear whether a Ranger diesel will be available to fight the Chevrolet Colorado Diesel and GMC Canyon Diesel, which are powered by GM’s 2.8L “baby Duramax” four-cylinder turbo-diesel (RPO code LWN), which makes 181 horsepower (135.0 kW) @ 3400 rpm and 369 lb-ft of torque (500 N-m) @ 2000 rpm while mated to a six-speed auto.

But here’s where things get interesting: our spy shooters say that Ford could offer its the direct injected, twin-turbo EcoBoost V-6 as the top-end engine choice in the new Ranger coupled the new ten-speed automatic transmission, co-developed with GM. That combination would be significantly more potent than the naturally-aspirated 3.6L V-6 LGZ engine making 308 horsepower (230.0 kW) @ 6800 rpm and 275 pound-feet of torque (373 N-m) @ 4000 rpm, therefore posing a significant threat to the Colorado and Canyon from a competitive standpoint… and that’s not to mention the incoming Ranger Raptor variant that will take on the Chevy Colorado ZR2. 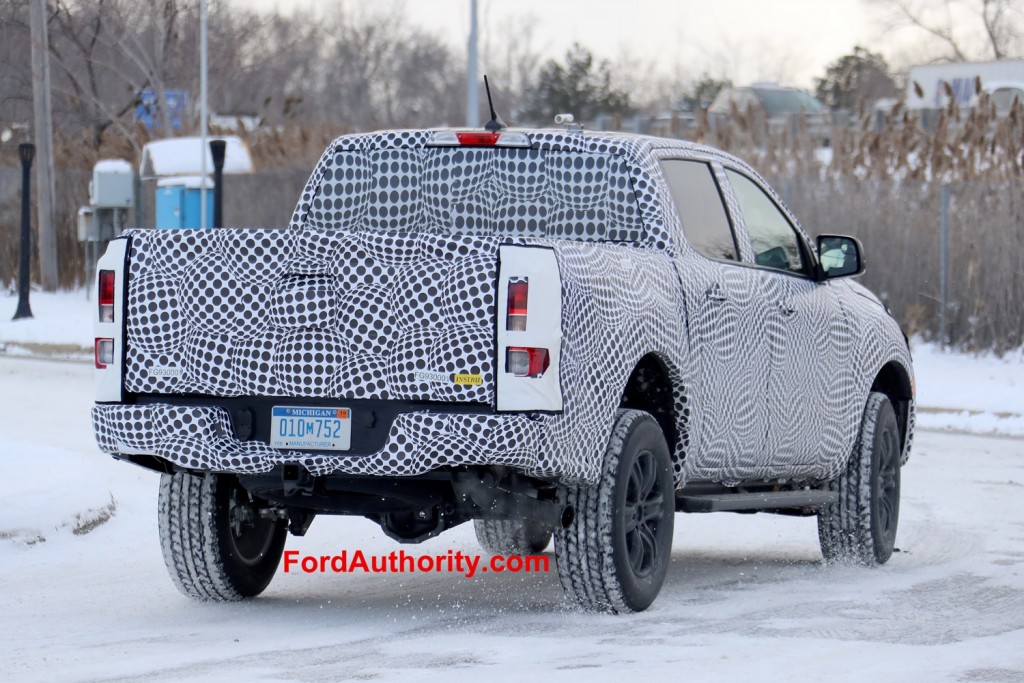 Ford is late to America’s midsize pickup truck renaissance, with Toyota, GM and Nissan having had the segment all to themselves in the last few years. Even so, the midsize pickup truck space has contracted 2 percent to 379,908 in the first 11 months of 2017, with the Toyota Tacoma leading the segment with 179,419 sales. GM’s Colorado and Canyon twins are catching up, but are still far behind the Taco in cumulative sales volume: the Colorado has 103,370 deliveries to its name, placing it in second place, while the Canyon has 28,639 sales for fourth (and last) place. Combining sales of the Colorado and Canyon results in 132,009 sales – roughly 50,000 units fewer than the Tacoma. Third place is held by the more-than-archaic Nissan Frontier with 68,480 units.

Ford could reveal the 2019 Ranger in January at the 2018 North American International Auto Show in Detroit, and sales will likely begin in the second or third quarters of calendar year 2018. Here’s to hoping GM has something with which to punch back. 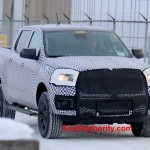 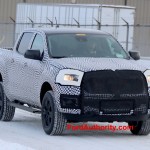 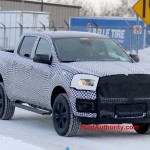 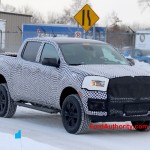 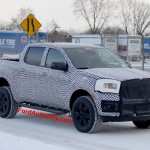 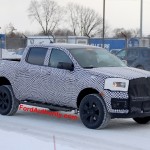 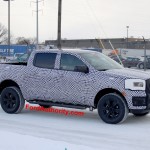 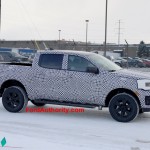 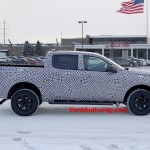 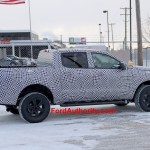 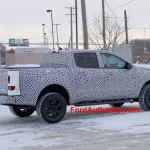 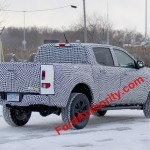 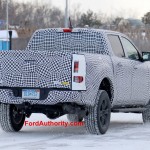 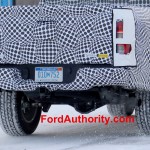 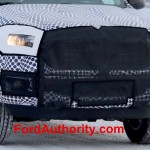