Will a plug-in hybrid vehicle (PHEV) variant will be part of the expanded models range of the all-new 2019 Chevrolet Silverado?

That’s the question that has been on our minds here at GM Authority following Chevrolet’s announcement of the 2019 Silverado 1500 at the Chevy Truck Centennial celebration in Texas last weekend. 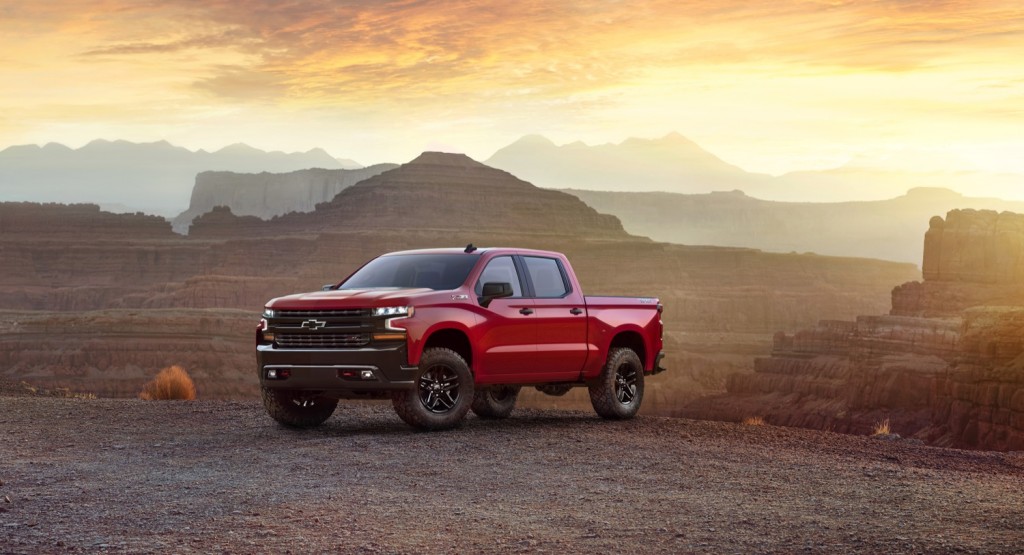 A plug-in hybrid variant of the new Silverado would be quite intriguing, since it would provide several benefits, the most important of which is the ability to drive 40-50 miles on pure electricity and without using a drop of gasoline. After the battery providing the all-electric range had been exhausted, the vehicle would then switch to the gasoline engine-generator for propulsion, much like the Chevrolet Volt or Cadillac CT6 PHEV.

Currently, VIA and Workhorse specialize in customizing/upfitting various GM vehicles with such solutions. In particular, VIA offers the K2 platform Chevy Silverado in an electrified variant called VTRUX. 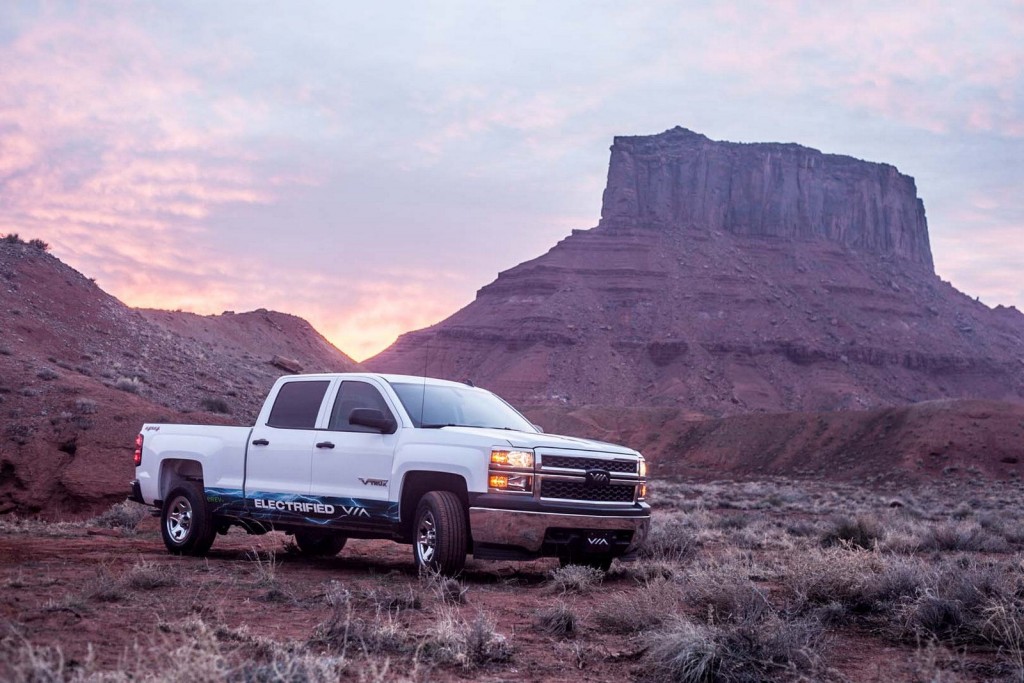 Featuring a 23 kWh battery pack mated to GM’s 4.3L V-6 LV3 EcoTec3 engine and 190 kW (415 Nm) peak electric drive motor, the VIA VTRUX is priced at $79,000. VIA’s pitch is all about fuel savings: a “truck powered exclusively by a gasoline engine will use $25,000 in gas to go 100,000 miles, but the VTRUX will use just $3,000 in electricity”, says the firm. The VTRUX is branded as “The cleanest, most economical work vehicles on the planet”. To top all that off, the model also has on-board 120- and 240-volt outlets that allow using the vehicle as a generator of sorts, and VIA says that it can power an entire home in case of an emergency.

As reader David points out in the comments, GM could use the system from the Cadillac CT6 PHEV as a base on which to build a hypothetical Silverado PHEV. The plug-in Cadillac uses the ubiquitous 2.0L I-4 Turbo LTG engine mated to a 45 kW Electric Hybrid Propulsion motor drawing from an 18.4 kWh lithium-ion battery. The entire system is rated at a nothing-to-sneeze-at 335 horsepower and 432 pound-feet of torque, while delivering 31 miles of electric range.

Benefits Galore For Everyone

By not playing in this field, GM is effectively letting aftermarket/upfitment firms have the plug-in hybrid truck market all to themselves. Admittedly, the segment is rather small today, but it is bound to grow – especially given that a Silverado PHEV/plug-in would be eligible for the $7,500 federal tax credit for alternative energy vehicles, along with whatever credits are offered by individual states.

On top of that, we are certain that GM’s hypothetical Silverado PHEV would significantly undercut the $79,000 asking price of the VIA VTRUX due to efficiencies only a gargantuan automaker like GM can bring to the table. In fact, throwing GM’s weight in the field would also be quite significant in terms of bringing noteworthy levels of attention to the segment, therein serving as a catalyst for interest and (likely) resulting in more Silverado sales.

A Silverado PHEV would also provide clear differentiation and a significant competitive advantage over direct competitors such as the Ford F-Series, FCA’s Ram Pickup, Toyota Tundra and Nissan Titan – neither of which offer a plug-in variant of their pickup trucks. And, it would also help General Motors leverage the Voltec powertrain, which isn’t living up to its fullest potential in slow-selling, but fine cars like the Chevy Volt and Cadillac CT6 PHEV.

In all, not only would a speculative Silverado PHEV deliver value for customers, but it would be a substantial opportunity for GM as a business. And if there is a vehicle line within the GM product portfolio that can popularize plug-in hybrids, it’s the Silverado.

We’ll know plenty more about the new Silverado soon at Chevrolet’s upcoming  has a media event scheduled for January 13th, 2018 ahead of the 2018 North American International Auto Show, where it will share complete details about the new truck. In the meantime, be sure to follow our Chevy Silverado news coverage.