Tesla CEO Elon Musk held quite the shebang yesterday evening. Not only did the electric-car maker reveal a 500-mile electric semi truck, but it also rolled out a brand new Tesla Roadster. But, wait, that’s not all. The company also teased a pickup truck of sorts, Motor1 reported on Friday.

We doubt it’s production-bound, but Tesla did show a slide depicting a miniature Tesla semi carrying a traditional pickup truck. Previously, Musk alluded to the thought of a miniature version of its semi truck in a tweet. Following the semi truck’s announcement, Musk said a pickup truck is slated for the next 18-24 months. Such a product could really disrupt the market, especially if Tesla’s battery technology pans out as imagined. 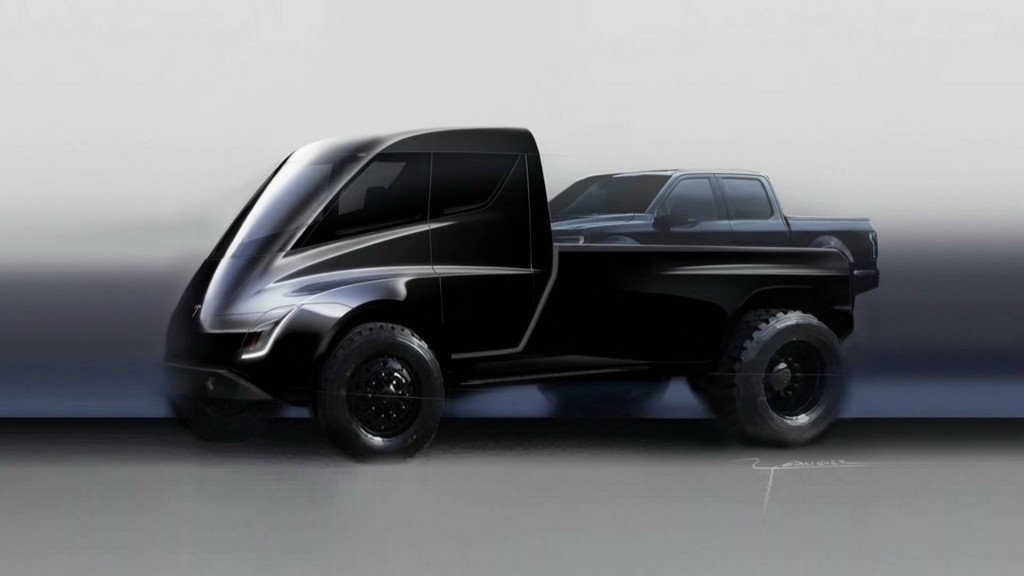 Chevrolet, Ford and Ram haven’t shown plans or even signs that an all-electric pickup is in the works. Ford will introduce an F-150 Hybrid in the coming years and GM sells the Silverado and Sierra e-assist, but a fully-electric pickup? Not yet.

Tesla ambitious plans still ride on moving the Model 3 out of “production hell.” Musk previously targeted 5,000 Model 3 produced per week next month, but only a couple hundred have been built, likely by hand since production woes keep the car out of mass production.

Should GM step up and build a battery-electric pickup? Talk to us below.