Prior to the start of the 2017 Los Angeles Auto Show, design and engineering firm Aria Group dropped the new Aria FXE that had been teased in a titillating image earlier this week, and it’s highly inspired by the  “Fast Eddy” mid-engine Corvette concept from last year.

It does share common ground with the official (C7) Corvette Z06 itself, a 6.2-liter LT4 V8 that powers the hardcore Z06 model. And the engine is mounted mid-ship. Moreover, it’s a hybrid.

Thanks to the added power of electrification, the Aria FXE boasts a staggering 1,150-horsepower and 1,316 lb-ft of torque, courtesy of a dual-motor e-axle up front that gives the car all-wheel-drive capability. The motors are fed energy by a 10 kWh battery pack and, when run alongside the supercharged supercharged Chevy LT4, help dispatch with 60 mph in a brief 3.1 seconds and propel the car on to a 220-mph top speed. Also aiding this feat is a 7-speed dual-clutch automatic transmission and a 3,450-pound curb weight.

That curb weight is accomplished through the use of a carbon-fiber monocoque and carbon-fiber body panels. Many of the Aria FXE’s metal components, meanwhile, are 3D-printed – one of the possibilities unlocked by small-scale production. The new hypercar rolls on forged HRE center-lock wheels with carbon-fiber flow inserts, sized 20″ x 10″ in front, and 21″ x 13″ in back. Each wheel is wrapped in Pirelli P Zero Trofeo R rubber.

Pricing hasn’t been announced yet for Aria Group’s 1,150-horsepower hybrid FXE hypercar, but given the exotic nature of its makeup, plus the fact that the company doesn’t plan to build more than 400 examples, it’s liable to put a dent in the old wallet. Two hundred twenty miles-per-hour has its price. 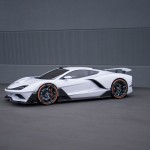 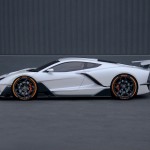 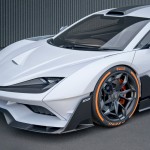 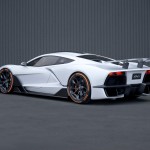 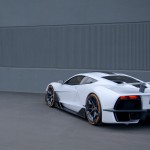 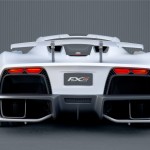 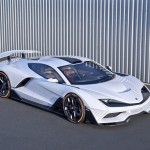 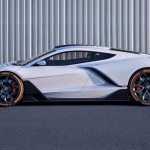 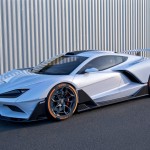 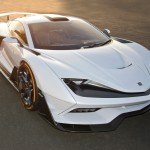 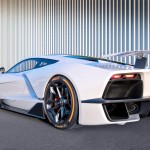 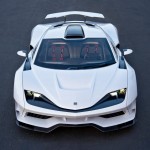 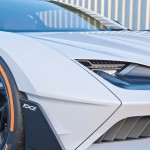 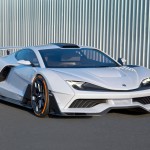 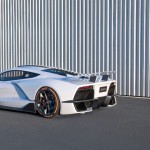