Hennessey used the 2017 SEMA show to unveil its most ambitious project to date: the Venom F5, a successor to the Venom GT with over 1,600 horsepower on tap. The bigger news? Hennessey believes it will clock a 301 mph top speed.

That’s a heck of a claim and no production car has come close. Bugatti limits the Chiron to 261 mph because it claims no tire can handle the forces at such high speeds. But, the company thinks the Venom F5 houses the right stuff, and it starts with a new chassis and carbon-fiber body.

With the lightweight body, chassis and new active aerodynamic elements, Hennessey says the Venom F5 yields a coefficient of drag of just 0.33. A slippery thing the Venom F5 is. What about power? There’s plenty coming from a new, in-house, twin-turbo 7.4L V8 engine (we suspect it to be LS-based) paired to a seven-speed single-clutch automatic transmission. Final weight tips the scales at 2,950 pounds. That’s a couple hundred pounds lighter than the lightest C7 Corvette. 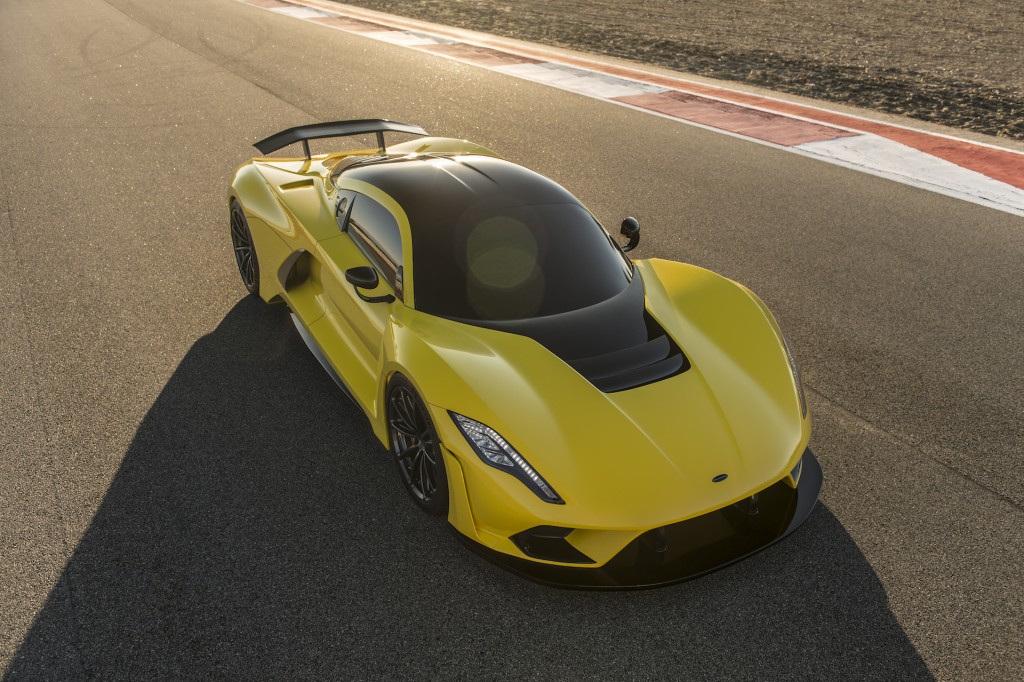 Hennessey claims the Venom F5 will go from 0-186 mph in under 10 seconds, and 0-249-0 mph will happen in under 30 seconds. Those are world-beating suggested performance figures, though Hennessey still needs to validate them. The 301 mph top speed achievement will be incredibly significant if the company figures out a tire capable of withstanding the forces.

According to the Texas-based tuning company, the Hennessey Venom F5 will carry a price of $1.6 million USD and only 24 will be built.

The Venom F5 will be on display for the remainder of the 2017 SEMA show but stay tuned for additional information in the near future.