Chevrolet Camaro sales decreased in the United States and in Canada during October 2017.

In the first ten months of the year, Camaro sales decreased about 2 percent to 59,401 units.

In Canada, Chevrolet Camaro deliveries totaled 164 units in October 2017, a decrease of about 8 percent compared to 178 units sold in October 2016.

In the first ten months of the year, Camaro sales increased about 10 percent to 2,686 units.

Despite the 10 percent decrease in October deliveries, the Camaro was still the best-selling car in its segment in October – outselling the second-place Mustang by 438 units and the third-place Challenger by 1,781 units. By comparison, Dodge Challenger sales decreased 5.67 percent to 3,893 units while Ford Mustang sales decreased 3.29 percent to 5,236 units. As such, the Camaro had the highest decrease in sales among its two direct pony car rivals.

We attribute the Camaro’s decent sales performance to attractive incentives, which supports our theory that the biggest issue holding back sixth-gen Camaro sales is its higher pricing structure. Specific information about October Camaro incentives can be found at the following links:

October sales of the mainstream two-door sports car segment consisting of the Chevy Camaro, Ford Mustang, Dodge Challenger, Mazda MX-5 Miata, Toyota 86 (née Scion FR-S), Nissan 370Z, Subaru BRZ, and Fiat 124 Spider decreased 7.41 percent to 16,787 units. In the first ten months of the year, segment sales decreased 10 percent to 210,772 units with the Mustang leading in overall sales volume in first place, the Camaro in second, and the Challenger in third. As such, it would appear that the Camaro’s sales performance during the time period would indicate that sales are rebounding after depressed sales performance seen in the 2016 and (part of) 2017 calendar years. 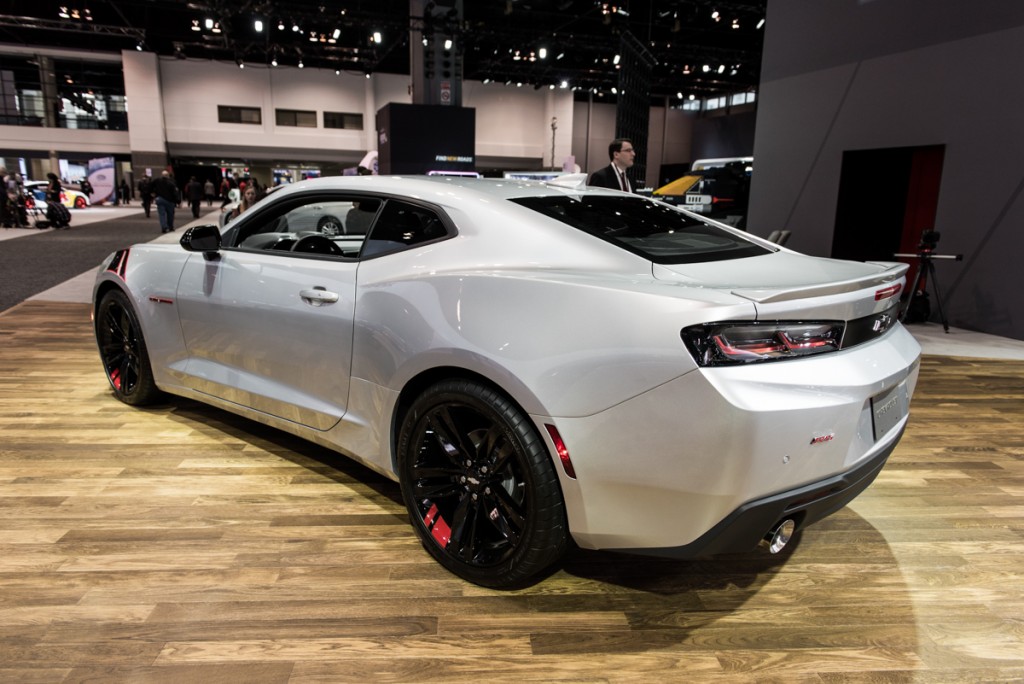 Based on the GM Alpha platform, the 2018 Chevrolet Camaro represents the third model year of the sixth-generation Camaro. Though the vehicle is the newest and often considered to be the most competitive in its segment, it has seen slowing sales compared to its predecessor – a circumstance believed to be the result of being more expensive.

A refresh to the Camaro is coming for the 2019 model year. The updated model is expected to bring freshened front and rear ends and a revised trim level structure to bring about a lower price point for the sixth-gen Camaro.