Cadillac was one of the first to market with its own car-subscription service—Book by Cadillac—but rivals are pouring in. The latest challenger comes from Porsche, which launched a pilot program for its own service called Porsche Passport.

Like trading in a smartphone, jumping from Porsche to Porsche is easier than ever, though it’s a tad costlier than Cadillac’s Book service. Porsche has two tiers for those interested: “Launch” and “Accelerate,” but both include vehicle tax and registration, insurance, and maintenance, as well as detailing. Porsche’s program also features no mileage caps on the vehicles.

The Launch tier costs $2,000 per month and gives users access to eight Porsche models, including the 718 Boxster and Cayman S, the Macan S, and Cayenne. For $3,000 per month, the Accelerate tier opens up the good stuff from Porsche, including the Porsche 911 Carrera S, the Panamera 4S, and Cayenne S E-Hybrid SUVs. With the Accelerate tier, all 22 Porsche models are available on-demand, all the time. 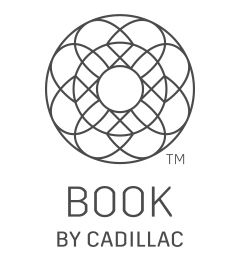 In comparison, Book by Cadillac costs $1,500 per month and includes all Platinum and V-series cars. Cadillac’s program also features no mileage caps and users can drive their car as much as they want, wherever they want—as long as it’s in the United States. Cadillac does not allow international travel. It’s unclear if Porsche Passport is similar in that regard.

Porsche Passport will roll out next month as a pilot program in Atlanta, Georgia, while Book by Cadillac prepares to expand outside its New York City launch market in the near future.