General Motors has filed a trademark application to register the term Road to Table with the United States Patent and Trademark Office (USPTO), GM Authority has discovered.

Filed on September 27th, 2017 and assigned serial number 87624324, the filing states that the standard character mark will be used for “Entertainment services, namely, arranging and conducting social entertainment events in the nature of motor vehicle test drives paired with culinary experiences.” 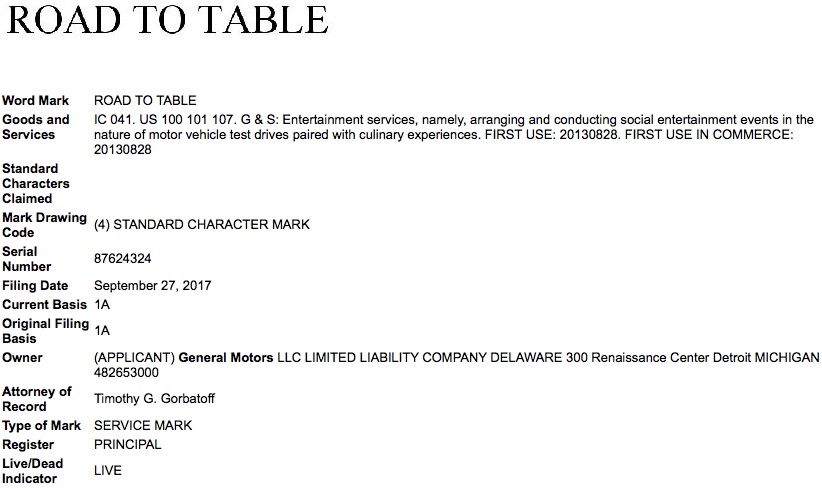 From (roughly) 2008-2014, GM’s Cadillac hosted programs called “Road to Table” that enabled attendees to test drive Cadillacs and enjoy exquisite cuisine. The events were run in partnership with Saveur magazine and were billed as combining a culinary excellence with a unique opportunity to test drive next-generation Cadillacs. The automaker also made available for test drives several competing models from Mercedes-Benz, BMW, and Lexus. The brand ceased the efforts years ago, but this filing appears to indicate that the program will be making a comeback. 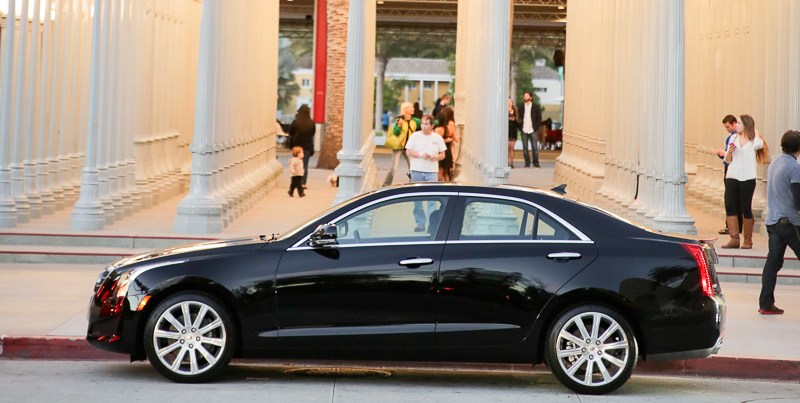 The 2014 Cadillac ATS sport sedan outside of the “Urban Light” sculpture at the Los Angeles County Museum of Art during the “Road to Table” program in 2013.

We at GM Authority would welcome the return of Cadillac test drive and culinary experiential events, since the marketing initiative has the potential to expose those not familiar with Cadillac to the brand’s product portfolio, which in recent years has made significant strides in terms of overall product substance, something that will only get better with the upcoming wave of future Cadillac vehicles.

As such, it will be vital for Cadillac to expose potential customers to its vehicles in a product-focused, pressure-free environment (as opposed to a sales-focused environment in a dealership) in order to conquest new buyers. Luckily, experiential marketing efforts like Road to Table have the potential to do just that, so long as they are executed correctly.

In fact, Lexus provided what can perhaps be described as textbook examples of automotive experiential marketing events in the early 2000s that combined culinary euphoria with driving Lexus vehicles (as well as with those of the competition). The efforts assisted the brand in boosting sales volume and market share.

Stay tuned to GM Authority as we follow this one, as well as all other General Motors news.