Montana-based off-road vehicle and parts manufacturer American Expedition Vehicles – a company with a long, rich history of producing turn-key off-roaders based on FCA products – has teamed up with GM’s Chevrolet brand in order to bring us this: the Chevrolet Colorado ZR2 AEV. Based on Chevy’s rugged, ZR2-badged mid-size pickup, the Colorado ZR2 AEV packs even greater go-anywhere versatility thanks to a suite of robust gear.

The list of goodies straight from American Expedition Vehicles includes:

Those bead-lock wheels are wrapped in BFGoodrich KM2 Mud-Terrain tires. In addition to those parts, high-output LED auxiliary lighting adorns the front and rear, while an ARB fridge/freezer, NATO-style fuel cans, a James Baroud USA bed awning, and aluminum storage cases from Equipt have all been fitted. Further, the Colorado ZR2 AEV is equipped to dig itself out of most any sticky situation thanks to recovery shackles, a Hi-Lift jack, Warn 9.5xp-s winch, and MAXTRAX traction recovery devices.

And then, there’s the Chevrolet Performance development suspension, which builds on the Colorado ZR2’s already-strong foundation with front and rear jounce shocks, plunging half-shafts in the front, a high-angle upper ball joint, and high-angle tie rods with improved stiffness. The rear leaf spring suspension has been given a longer travel, while a new anti-wrap link has been installed, along with a new rear differential cover. All four corners are damped by specially-tuned DSSV shocks from Multimatic.

“ZR2 puts an exclamation point on Chevy’s off-road engineering ability,” says AEV founder Dave Harriton. “Our collaboration taught us that Colorado makes a great platform for building an off-road truck that can take you as far out as you want to go, safely.”

The Chevrolet Colorado ZR2 AEV concept is powered by GM’s 2.8L Duramax turbo-diesel, and the truck is on display now at the 2017 SEMA Show in Las Vegas. Stay tuned for more fresh SEMA news. 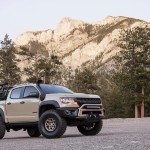 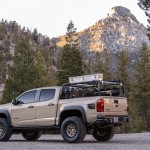 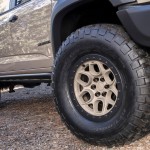 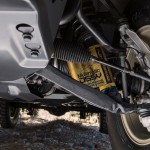 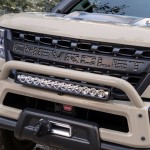 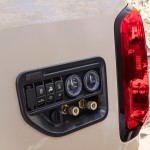 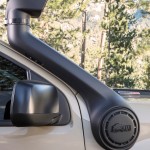 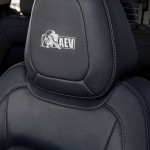