Several decorated racing drivers got their start in the humble, and relatively affordable, beginnings of autocross. Former Corvette Racing and Cadillac Racing driver Andy Pilgrim, to name one. Motor Trend’s famed test driver Randy Pobst to name another. There are also a few professional racing drivers that routinely show face at the annual SCCA Solo Nationals event in Nebraska, like Nissan driver Bryan Heitkotter. Those that have roots in the motorsport keep coming back to compete and hone their skills, despite the lack of sponsorship, fans, exposure, or perks.

There’s a very good reason why. I am not smart enough to understand the physics of it, but racecar driving does not always translate well into autocross, though autocross can translate well into racing. Especially when it comes down to vehicle control. Not unlike how rugby techniques are great for football (the lack of padding keeps things clean with tackles), but football techniques are not so great for rugby (tackling high without a helmet would be an express lane to concussion town).

All of this is to say that I somehow beat Tommy Milner, co-driver of the No. 4 Corvette Racing C7.R, at a Chevrolet-hosted autocross event last week. To make things interesting, Chevy didn’t have us run Corvettes, Camaros, or even Sonics… but rather a small fleet of Chevrolet Bolt EVs. 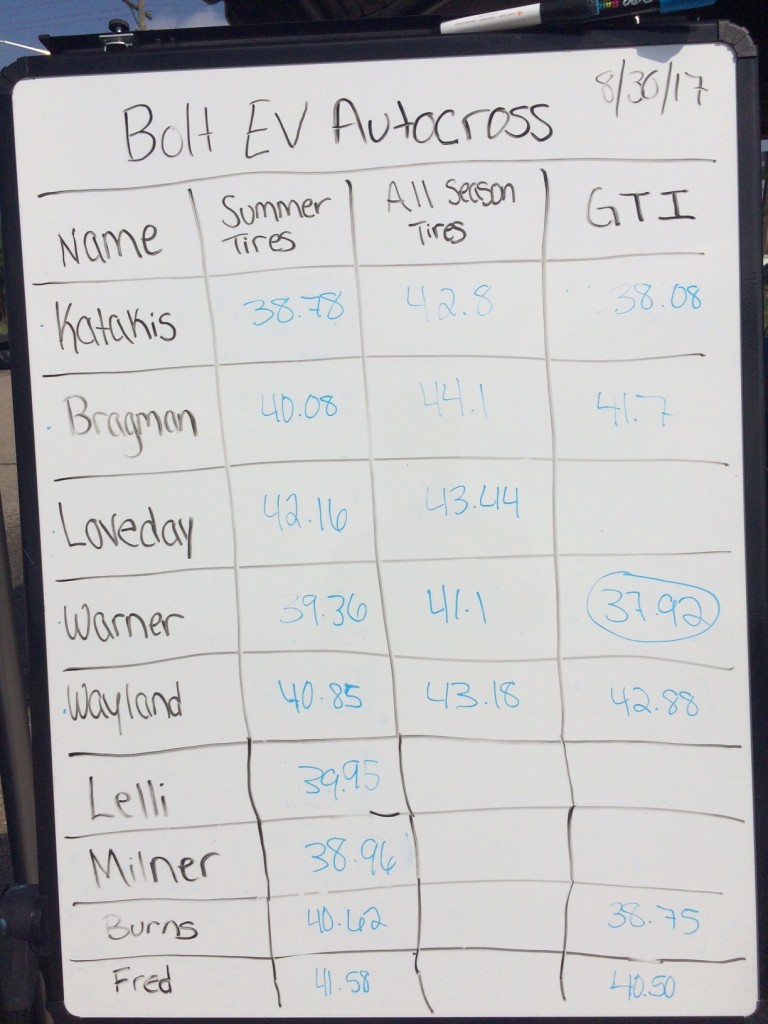 For anybody that follows motorsports, and understands the concept of “the racing line” – congratulations. But that means little in autocross. Many champs can agree on one thing: take the tightest line possible. In racing, consensus is to use as much of the track as is available, eking out as much measurable speed within that space. If done in autocross, however, it can be slower, as the game of distance versus speed changes in these slower courses. So while I am far from an SCCA Solo Nationals trophy winner, I frequently compete in autocross, and have for long enough to understand what it takes to go fast, but still enough of a neophyte to learn new things every time my faster friends co-drive my car, or when I get a hot lap.

It goes without saying that the Chevrolet Bolt EV is a completely unconventional entry into autocross, and in fact is not even eligible to compete in a sanctioned SCCA event. So, what’s the point of it all? There’s more than one. The first point is that putting a Bolt through such rapid-input paces reveals that electric cars don’t deserve the stereotype of being slow, drab or even mundane. Even if the Bolt EV is agreeably un-athletic looking, it still packs 266 lb-ft of torque that’s 100 percent available from a standstill. That punch gives plug-ins like the Bolt EV an unassuming edge in situations that require extreme quickness off the line and out of slow areas. Autocross courses tend to feature much of the latter. The low center of gravity from the floor-mounted battery pack also attributes to enhanced cornering.

The second point of autocrossing a 2017 Chevrolet Bolt EV is that it makes the case to build a more complete EV, or at least create a stronger performance accessories market for them. For instance, the Bolt EV has sufficient power, but other subcomponents of the car come in ill-equipped to manage that power. There’s no limited slip differential, and the brakes were seemingly built for a congested California commute. The Michelin Energy Saver A/S all season tires put low rolling resistance and efficiency over sheer grip, while the Michelin Primacy 3 “summer tires” are currently only sold in Europe with the Opel Ampera-e. The suspension is fine on the road, but comes short of hot hatch territory. Same goes for the steering. If these attributes of the Bolt EV were on par with the output of the propulsion system, the results could be incredible.

It could end up handling like the Volkswagen Golf GTI Sport that was brought as a benchmark tester, which felt like a knife by comparison. Yet the overall finishing times didn’t stray too far apart. Granted, there was less time spent in the GTI as there was the 2017 Bolt EV, as that 38.78-second time didn’t happen immediately. We had unlimited runs in the two-hour block of the event, which is a very different pace than just the three to five runs usually allowed during an SCCA competition. It took several tries and shouting of curse words, coming down from the 41’s when the course was wet and shouting curse words out of frustration, to being the only media attendee in the 38-second range and shouting curse words out of elation. And to highlight the differences in ability, it took Tommy Milner just a few tries to post his 38.96 best time when the course finally dried out from a rainy night. It took me nearly all morning.

Chevrolet is on to something with the Bolt EV, and maybe when the gas-free trend achieves greater normalcy, the engineering team can put more focus into having fun. Hopefully showcasing its autocross chops can inspire engineers on the inside of GM, and the performance aftermarket on the outside. And if Tommy doesn’t want that future Bolt EV racecar seat, I’d be happy to. 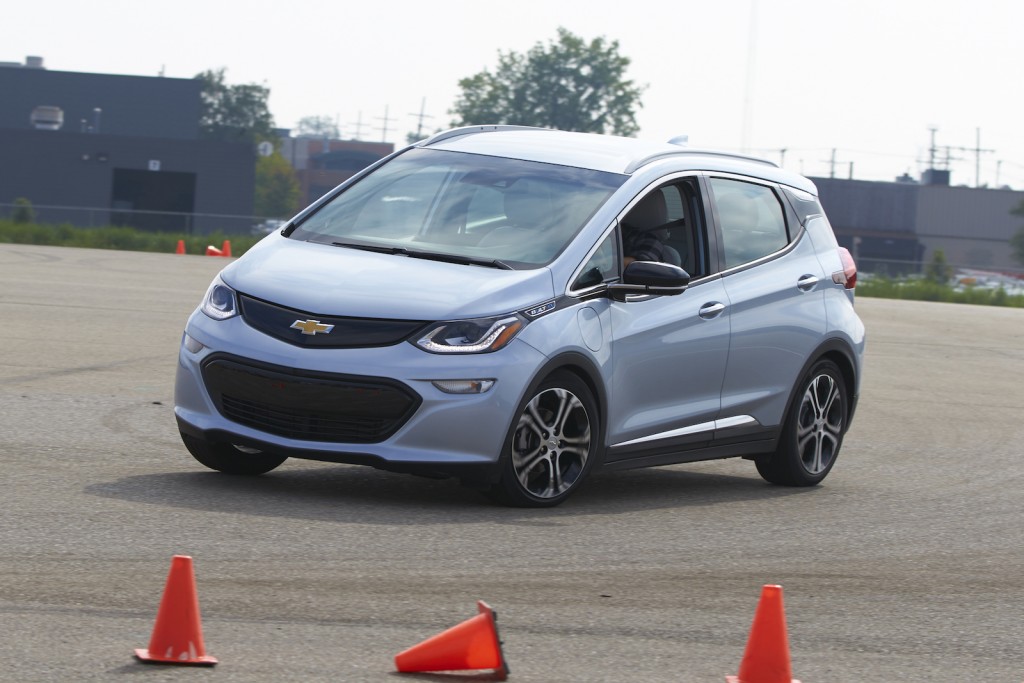