General Motors has no intention of shuttering its South Korean operations.

That much is according to the unit’s recently-appointed CEO Kaher Kazem, who held a press conference on the sixth day on the job, putting to rest rumors in the Korean news alleging that the automaker was planning to shutter its operations in the country. 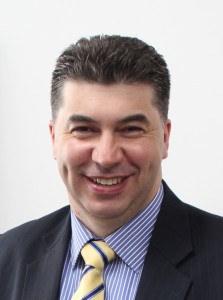 Rumors of GM’s supposed pull-out from South Korea have intensified, with supposed “insiders” citing poor overseas sales and ongoing financial losses as reasons for the withdrawal. To make matters worse, Kazem’s appointment to the CEO position in August prompted the country’s media to label him as a “restructuring specialist” that engineered the withdrawal of GM’s Chevrolet brand from India by selling its primary factory (the GM Halol plant) to China’s to SAIC and converting the second plant (the GM Talegaon factory) to produce vehicles for export markets.

Kazem addressed the rumors head-on during the press conference, stating that they were untrue and that he is committed to turning GM Korea around by making it competitive in all markets, improving profitability, and eliminating its financial deficit that it accumulated over the last several years.

The new CEO also stated that South Korea is Chevrolet’s fifth-largest and fastest-growing market that plays a critical role in design, engineering and manufacturing within GM’s global operations.