GMC Terrain sales increased in the United States and in Canada in August 2017.

In the first eight months of the year, Terrain sales decreased about 8 percent to 57,181 units.

In Canada, GMC Terrain deliveries totaled 1,140 units in August 2017, an increase of about 38 percent compared to 827 units sold in August 2016. The results represent the model's best August sales performance at least since 2014.

In the first eight months of the year, Terrain sales increased about 31 percent to 9,356 units.

The launch of the all-new 2018 GMC is finally paying off, as the vehicle is posting noteworthy sales gains in the U.S. and in Canada. The same situation is taking place with the Terrain’s platform mate – the new 2018 Chevrolet Equinox.

The Terrain finished the month with more sales than the Volkswagen Tiguan (up 6.63 percent to 9,218 units) and Mitsubishi Outlander (up 29 percent to 2,730 units).

We attribute the Terrain August sales growth to two factors:

The compact mainstream crossover segment grew 1.44 percent in August, with offerings from Honda, Nissan, Ford, Subaru (Forester), and Jeep (Cherokee) seeing a decrease in sales, while the rest of the entrants saw sales grow. During the first eight months of 2017, segment sales increased 4.79 percent to 1,685,140 units, with Toyota, Honda, Nissan and Ford leading in first through fourth place, respectively… but with the Terrain catching up rapidly. 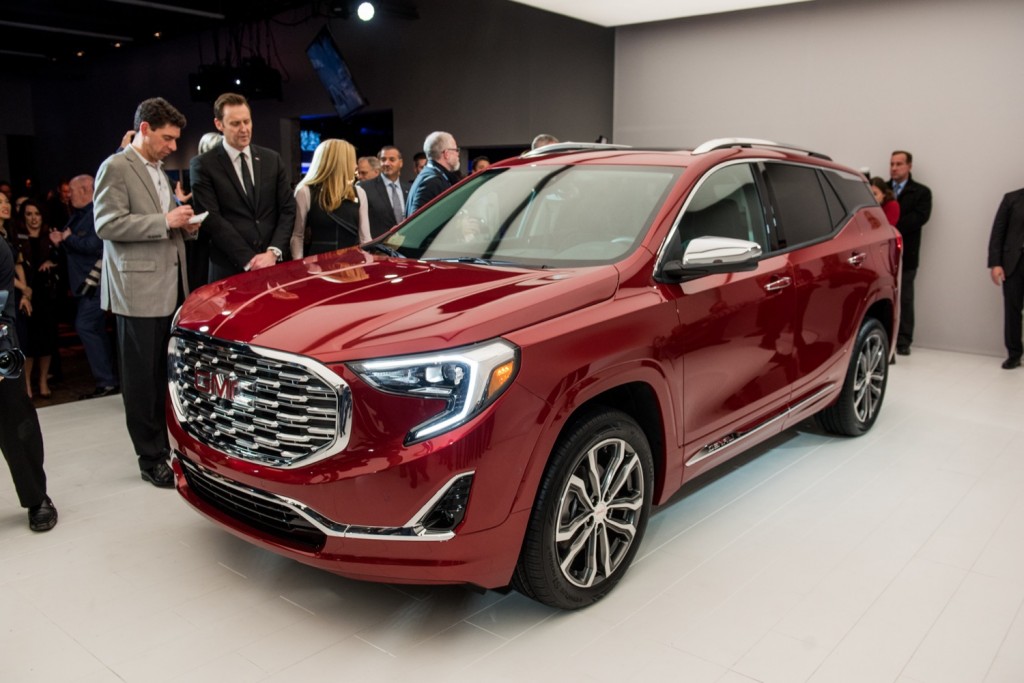 The GMC Terrain is a compact crossover that currently is GMC’s smallest crossover slotting below the midsize GMC Acadia.

The first-generation Terrain ran from the 2010-2017 model years and was based on the Theta 2 platform. The vehicle was a “tweeter” model that straddled the compact and midsize CUV segments in size. The second-generation Terrain was introduced for the 2018 model year. It rides on the GM D2 platform shared with the second-generation Chevrolet Equinox, Chevrolet Cruze, and Chevrolet Volt and, unlike its predecessor, is positioned squarely in the compact segment.

The second-generation, 2018 and newer Terrain features an all-new exterior and interior, while being slightly smaller inside and out compared to the outgoing model. It also offers an all-new engine lineup and an all-new lightweight architecture that enables a weight savings of over 400 pounds compared to the first-gen model. As a result, the new Terrain gets better fuel economy while also delivering improvements in ride, handling, packaging, and safety.

The GMC Terrain is built by GM Mexico at the GM San Luis Potosi factory.