Chevrolet Traverse sales increased in the United States and decreased in Canada in August 2017.

In the United States, Chevrolet Traverse deliveries totaled 11,337 units in August 2017, an increase of about 35 percent compared to 8,415 units sold in August 2016. Retail sales increased 83 percent. The results represent the model's best cumulative August sales ever.

In the first eight months of the year, Traverse sales decreased about 2 percent to 76,921 units.

In Canada, Chevrolet Traverse deliveries totaled 372 units in August 2017, a decrease of about 13 percent compared to 430 units sold in August 2016.

In the first eight months of the year, Traverse sales decreased about 10 percent to 2,712 units.

Even so, Toyota Highlander sales (technically a midsizer) and Ford Explorer beat out the Traverse by roughly 7,000 units during the month. The Traverse did, however, beat out the Honda Pilot, Buick Enclave (which shares the Traverse’s platform), Dodge Durango, Nissan Pathfinder, and Mazda CX-9.

We attribute the Traverse’s noteworthy August sales performance, driven by gains at the retail level, to the following three primary factors:

The mainstream full-sizecrossover segment grew roughly 2 percent in August, with offerings from Toyota, Chevrolet, Honda, and Volkswagen seeing growth, while the rest of the rivals saw sales decrease. During the first eight months of 2017, segment sales increased 4.62 percent to 680,771 units, with Toyota, Ford, Nissan, VW, and Mazda seeing growth. The Traverse’s negative trend during this time frame is associated associated with new model launch, which is normal for product changeover activities. 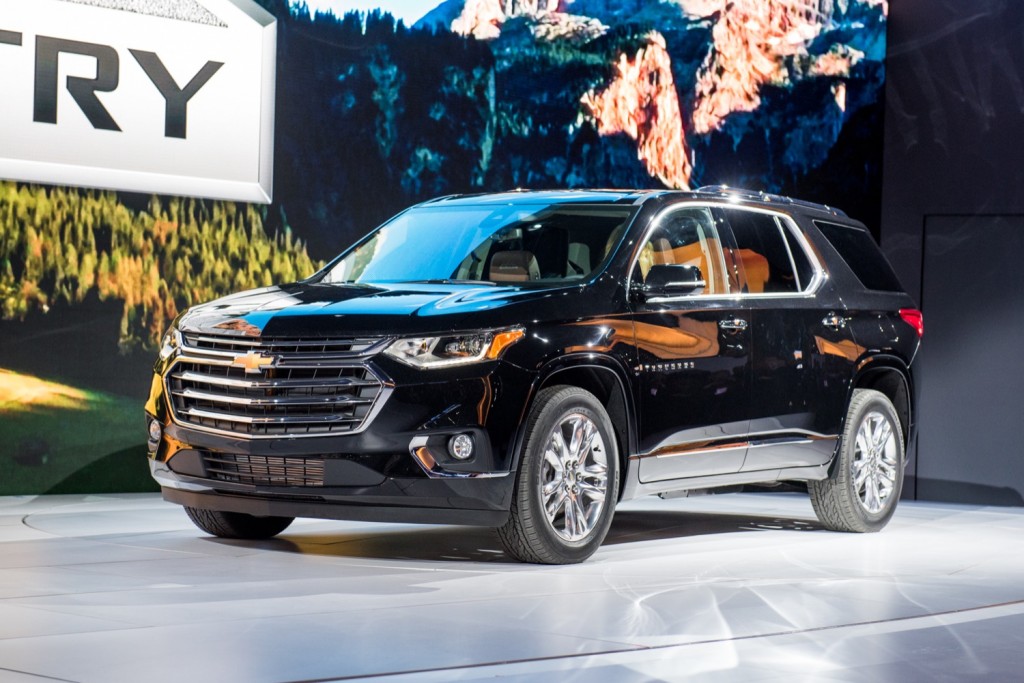 The current model was introduced for the 2018 model year and represents the second generation of the Traverse nameplate. It rides on the extended-length GM C1 platform shared with the second-generation Buick Enclave. A shorter variant of the same platform underpins the second-gen GMC Acadia and Cadillac XT5.

Compared to its first-generation predecessor, the second-gen Traverse is an all-new vehicle that is larger, lighter, sleeker and more modern. It also introduces new trim levels, including High Country and RS – neither of which were present on the first-generation model.

The Chevrolet Traverse is built at the GM Delta Lansing Township factory in Michigan operated by GM USA. It is currently the only plant that builds the vehicle alongside the second-gen Buick Enclave.