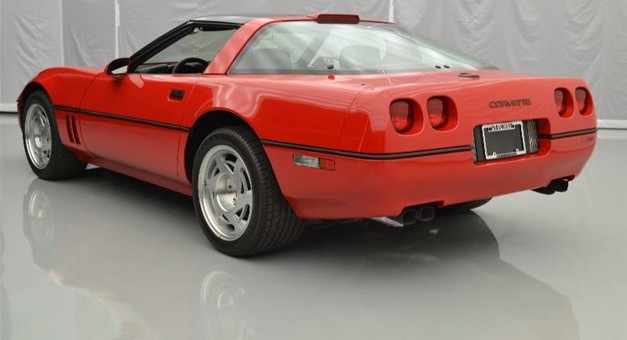 The C4 Corvette hasn’t garnered much attention in recent memory. At the time, it was a revolutionary update to the C3 Corvette, but even today, prices remain fairly low for standard C4 Corvettes. Of course, there’s one outlier, and that is the C4 Corvette ZR-1.

At the time, the C4 Corvette ZR-1 boasted supercar specifications. Its dual-overhead cam, 5.7-liter V8 engine produced a whopping 375 horsepower and would scoot down the quarter-mile in just 12.7 seconds. Not bad for the early 1990s at all. And, guess what? They’re starting to really climb in value, which means now is the time to buy one.

According to Autoblog’s research, Hagerty’s value tool pegs concours condition 1990 Corvette ZR-1s to fetch $46,000. That’s not exactly affordable, but ZR-1s in category three condition–not perfect, but not junk—fetch just $23,000. Later ZR-1s built sell for even less. That truly makes it a pretty excellent time to pick up a Corvette that is becoming more sought after by the year.

Research shows prices ultimately bottomed out a couple years ago and ZR-1s have been appreciating in value ever since. Consider this your forewarning: the C4 Corvette ZR-1 is poised to be highly collectable in another 10 years.

As for regular C4 Corvettes, they’re bound to increase in value as well, though likely not in the strides the ZR-1 will see in the coming years.