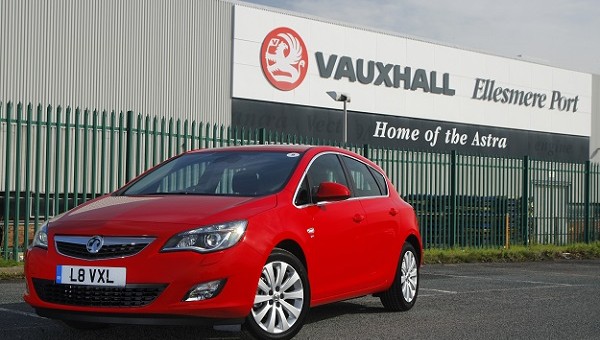 Vauxhall will be left on the edge of its seat as its new owner, France’s PSA Groupe, decides whether to keep the brand’s Ellesmere Port assembly plant open past the year 2021. PSA will decide the factory’s fate by the end of 2017, according to The Financial Times.

The Ellesmere Port facility has built the Vauxhall Astra since 1981 and accounts for 120,000 cars produced a year in Britain. Since the United Kingdom’s shock vote to exit the European Union, the plant’s future has been widely debated. Analysts fear the plant will not be competitive should tariffs and other trade restrictions be imposed on the country or EU’s trade block.

The next-generation Astra is expected to enter production in 2021 and will ride on a PSA architecture to save costs. All future Opels will feature PSA architecture and technology as current GM-based models ride out their life cycles. When it comes time to build the new Astra, the Britain may not be the most attractive location for PSA.

Much of Britain’s production attractiveness stems from its access to Europe, something that will quickly go away in the future. Three-fourths of the parts used to build the Vauxhall Astra are sourced from the European mainland.

The Astra is also produced with an Opel badge in Gliwice, Poland, while the similarly-sized Peugeot 308 is built in Mulhouse and Sochaux, France. The Sochaux facility, in particular, is said to have the capacity to add future Astra production, which would carry out PSA’s goals for streamlined and cost-savvy production.

The UK government previously assured Nissan in writing that it would not be subject to any future negative trade conditions should it choose to invest in the country’s Sunderland production facility. Nissan committed to producing two new crossovers at its facility in return.

It’s unclear if Vauxhall may receive a similar guarantee, but even if it does, Ellesmere Port may not be long for this world if PSA has its way.