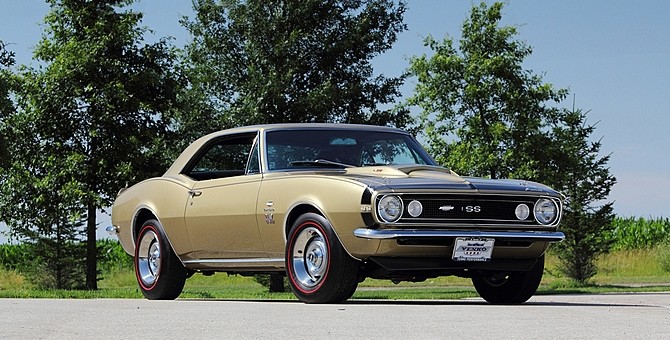 Project cars can be the best or worst thing to happen to individuals. While they may be the source of blood, sweat and tears, they mean something more. That was certainly the case with John Dovichi and son Johnathan.

10 years ago, Dovichi purchased a 1967 Chevrolet Camaro SS to restore with his son, but the bonds between father, son and car came crashing down after Dovichi sold the car, according to Bakersfield.com.

What’s the problem in that? Well, Dovichi signed the car over to his son Johnathan in 2008, which listed him as the sole owner on the new title. That makes Dovichi’s actions very illegal. But, he also had a few other tricks up his sleeve. The father forged his son’s signature to duplicate a pink slip and sell the car without him knowing. Not cool.

According to the report, when his son came to pick up the car from his father’s property—where it was stored—in 2015, it was gone. When he asked his father what had happened he replied, “That’s a big boy’s game. I sold it.”

After pleading not guilty to six felony charges related to the alleged theft, including forgery and grand theft, he said, “even if [Jonathan] had the title, it didn’t belong to him because I bought it and put all the money into it.” The case continues to be entangled in a lawsuit filed by Dovichi against his son, which accuses Jonathan of “fraudulent actions involving the Camaro and various properties.”

It’s an unfortunate scenario after what seems to have been a decade of bonding over the 1967 Chevrolet Camaro SS. Unfortunately for Dovichi, his actions aren’t justifiable in the eyes of the law.