Baojun isn’t known by many, but it is one of GM’s multiple brands sold in China. Recently, though, the Baojun brand took the limelight with its $5,300 electric car: the E100.

We covered the car’s debut back in July, but recently it’s garnered quite a bit of attention with its affordable price tag and quirky styling. So, we’re back to ask if GM has any business building a super affordable electric car like this for the United States.

Foremost, that affordable price comes from some major differences in vehicle engineering. The Baojun E100 would almost certainly not pass more stringent U.S. safety regulations, though we’re simply inferring that. Selling a car for $5,300 means costs must be cut somewhere.

Additionally, the United States is a much more expansive place. Americans may be moving back to cities, but they still love to travel. The Baojun E100 boasts a 96-mile range before it needs to be recharged. That figure isn’t even enough to make the trek from east Michigan to the western side of the state. 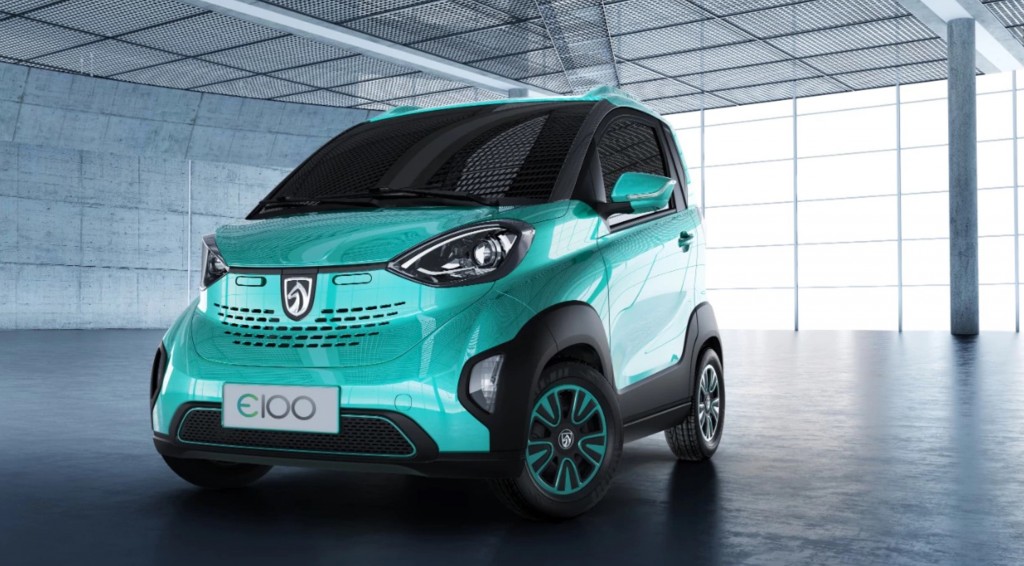 But, it could be a game changer for inner-city transportation. As cars move to become more an on-demand kind of transportation service, the footprint of the Baojun E100 is preferable.

What say you? Would something like the Baojun E100 find success in the United States? Vote in our poll and discuss the matter in the comment section below.