The 2017 Chevrolet Colorado ZR2 is badass truck. Sweet and simple. How could it get better? Well, besides putting a more potent engine under the hood from the factory, we think Hall Racing has the right idea.

On August 19, 2017, the Chevrolet Colorado ZR2 will make its race debut at the “Best in the Desert” series with Hall Racing campaigning the truck. Hall Racing has modified the Colorado ZR2 further from its factory specifications to tackle the 550-mile long race and given it a proper racing livery as well. 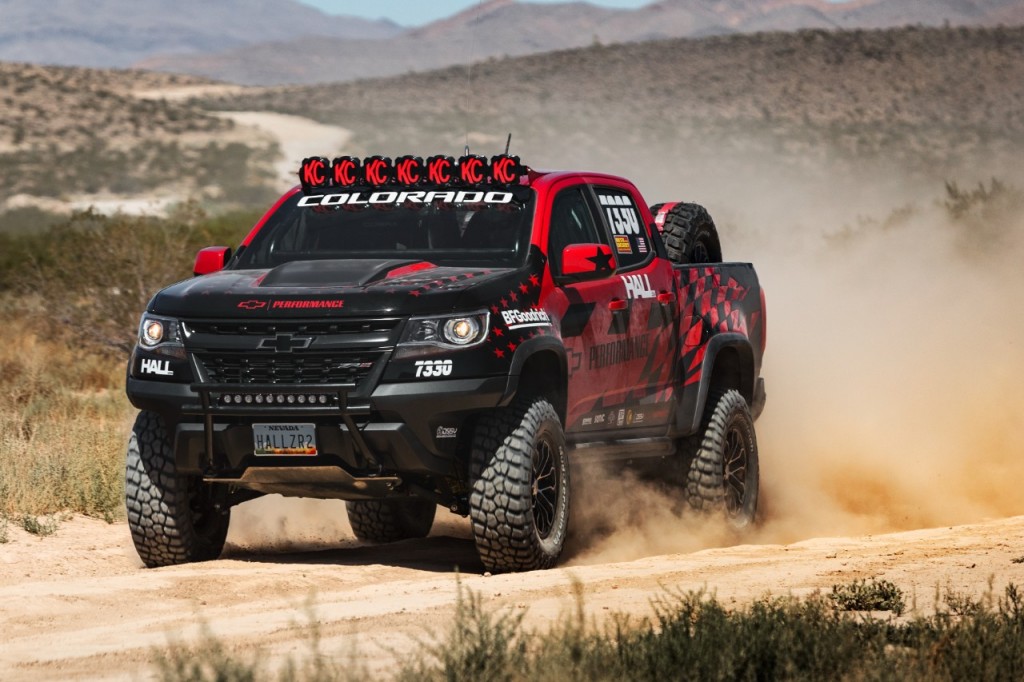 The 2017 Colorado ZR2 will compete in the 7300 class, which represents stock production mid-sized pick-ups and SUVs. Hall Racing hasn’t gone and tinkered with the powertrain, but it has added body-mandated safety items such as a roll cage, a 44-gallon racing fuel tank and racing seats with safety harnesses. Additionally, a modified version of the Colorado ZR2’s Multimatic DSSV dampers is present well.

Chevrolet and Hall Racing have worked together to devise some of the modifications and the brand seems to have intentions of providing them as aftermarket accessories in the near future. 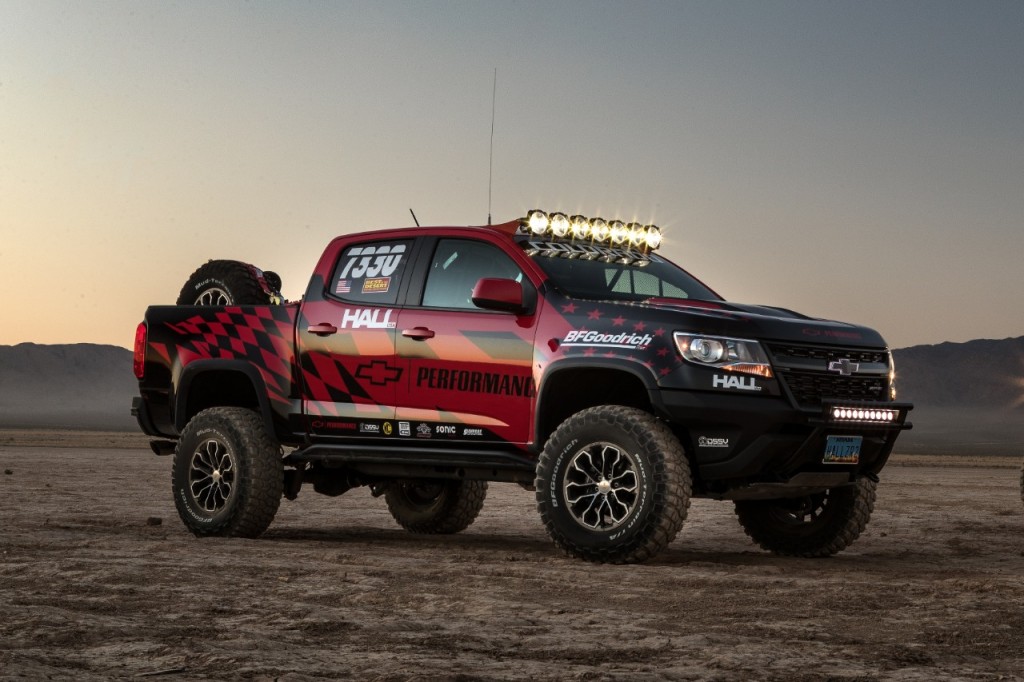 “The components being tested on this truck are ultimately intended to take the already-exceptional off-road capability of the Colorado to the next level,” said Russ O’Blenes, director, Performance Variants, Parts and Motorsports for General Motors. “Racing them allows us to quickly understand their performance attributes and reliability in the extreme environment of off-road racing.”

Best in the Desert kicks off this Saturday with the “Vegas to Reno” race route at 9:30 a.m. sharp.