Though rumors surrounding the next iPhone have been all over the map, but the going rumor is that the next iPhone won’t be one single device, but actually two very different devices: the first will likely be the current iPhone 7 and 7 Plus with feature updates in CPU, GPU and storage. It will supposedly be called iPhone 7S and 7S Plus, falling in line with Apple’s “tick-tock” release cycle.

The second is believed to be an all-new iPhone with an all-new design that includes a curved bezel-less display. Rumored to serve as the new flagship of the iPhone line, this one will reportedly be called iPhone 8 or iPhone X, as it is expected to commemorate the iPhone’s tenth anniversary. Alas, it has been a decade since the iPhone’s 2007 launch. Either way, it is this iPhone 8 or iPhone X that is rumored to feature inductive/wireless charging functionality. 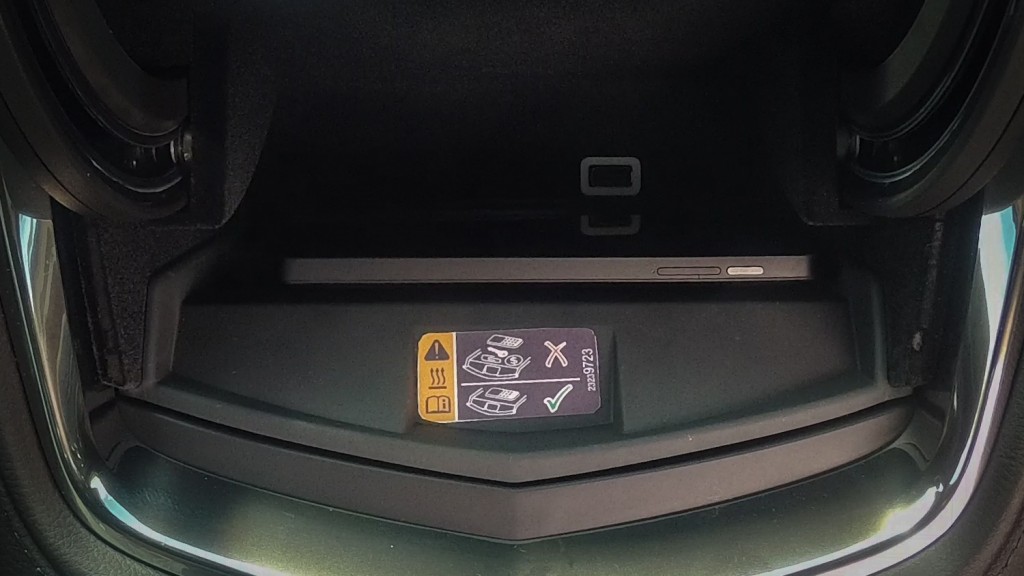 Those who haven’t used wireless charging in a vehicle might be wondering what the big deal is about the feature. That big deal is called convenience.

In a nutshell, inductive charging enables a true wireless solution: you get in the car, place your phone on the charging pad, and that’s it: no need to fuss with cables, chargers, or USB ports, since the phone connects to the car’s infotainment system via Bluetooth and charges via the inductive charging system. To use a past Apple tagline, it just works.

Those curious about using Apple CarPlay in such a scenario will be happy to know that CarPlay can now be operated wirelessly, so long as the vehicle supports it.

Other Phones Have Been Doing It

Some smartphones — such as select units from Samsung, LG, Motorola, Nokia, HTC and others — have supported inductive charging for years, so Apple will by no means be the first to market with this tech. But being first to market or adding a feature for the sake of checking off a box has never been Apple’s modus operandi. Instead, the company prides itself on delivering benefits and solutions, rather than features.

What’s more, many Android devices that support the technology leave a lot to be desired when it comes to implementation: some exhibit unpredictable behavior when being placed on the charging pad, with Samsung devices having a reputation for not charging half of the time. Others get so hot during the inductive charging process that it’s uncomfortable to touch them. So when Apple enters the fray, chances are that the implementation will be spot-on from a user experience perspective.

It’s worth noting that the charging technology broadly referred to as wireless charging represents a misnomer of sorts. The tech is not entirely wireless; a true wireless charging solution currently in the research and development stage across various private entities and educational facilities would give users the ability to roam around a space (such as a room or a car) freely with their device as it charges in their hands or a pocket. By comparison, the solution being discussed here requires a physical contact — and is officially known as inductive charging.

As it stands, there are two inductive charging standards: PowerMat (backed by Duracell) and Qi (backed by Energizer). In the world of technology, these are analogous to BluRay and HDDVD or VHS and Betamax in that both are standards that do the same thing. But ultimately, the standard matters, and here’s why.

Currently, it is unknown which standard Apple will support in its rumored inclusion of inductive charging, but whatever it ends up being, the good news is that GM vehicles equipped with wireless-inductive charging support both the PowerMat and Qi standards. Hence, the only way that GM vehicles will not support an iPhone with wireless charging is if Apple creates a charging standard of its own that isn’t compatible with Qi or PowerMat. But all evidence points to Apple supporting Qi, as the California-based technology giant joined the Power Consortium that supports Qi earlier in 2017.

GM rolled out wireless inductive charging in most of its vehicles between the 2015 and 2018 model years. As a reference, we have provided a list of 2018 model year GM vehicles with built-in GM wireless charging, either as standard or optional.

To note, a quick way to identify a GM vehicle with inductive/wireless phone charging is to look for RPO code K4C.

Putting The Charging Pad To Good Use

Apple is expected to announce the next iPhones some time in September. Availability of the iPhone 7S model, which isn’t likely to support inductive wireless charging, is expected to ship in the September-October 2017 timeframe with a starting price in line with the current iPhone 7 family. Meanwhile, the flagship iPhone 8 or iPhone X — the one with the all-new design, 5.2-inch bezel-less screen and built-in inductive charging — is believed to ship closer to the end of the year, with starting price approaching $1,000 USD.

So — here’s to putting all those built-in inductive charging pads in Chevys, Cadillacs, Buicks and GMCs to good use with the next iPhone… if and only if all the rumors of wireless charging are true.

In the meantime, iPhone users can choose from a myriad of cases to satisfy their in-vehicle wireless charging desire.