After months of patiently waiting, we finally have a second-generation Buick Regal GS. And, as the internet often does, it spoiled many of the surprises Buick likely worked hard to keep under wrap. That’s not to say we’re disappointed, though.

The 2018 Buick Regal GS represents a major step forward from the previous-generation Regal GS—an adult hot-hatch, if you will. But, we want to hear from you: is the 2018 Regal GS hot or not?

Looking at the design, it’s sleek, elegant and portrays itself as properly sporty. It won’t be confused for a regular 2018 Buick Regal Sportback, but it isn’t too over the top at any point in time, either. A more aggressive front and rear fascia are present to spruce the exterior up while the side skirts add some dramatic flair to the car. We also really like the integrated spoiler that flows effortlessly with the hatchback.

It certainly looks like a proper American sport sedan, even if it does hail from Germany. However, the 3.6-liter LGX V6 engine is reserved only for North America and the Regal GS’ cousin, the Holden Commodore VXR. The Opel Insignia GSi features the Regal GS’ old 2.0-liter turbocharged four-cylinder engine. 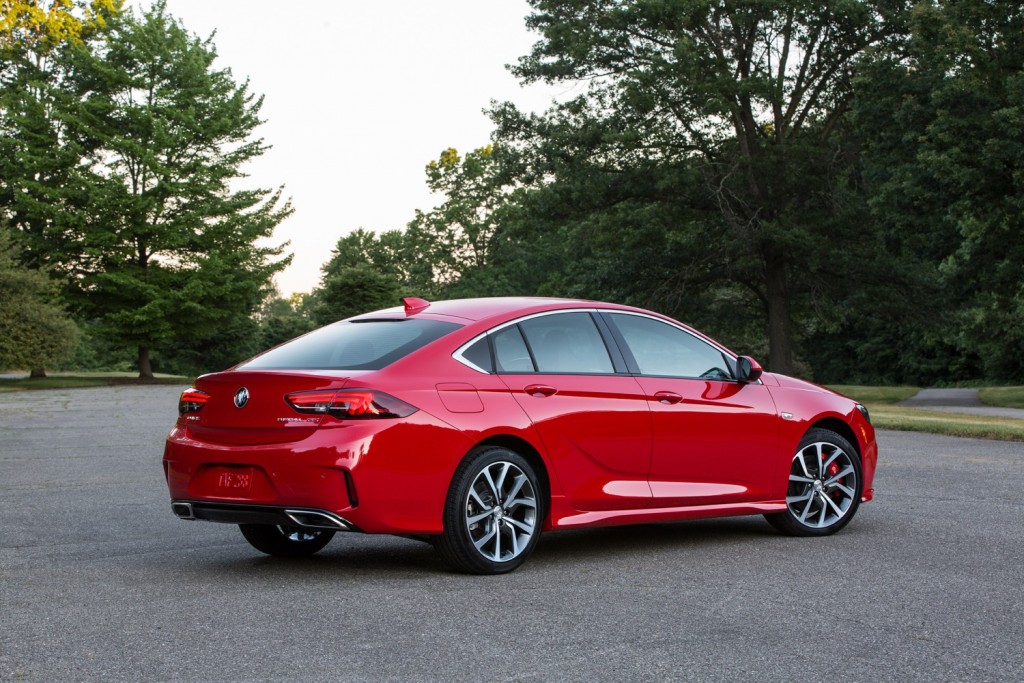 Enough from us, what do you think? Is the Regal GS a properly sporty follow-up act? Or has it fallen short in the design department? Vote in our poll and talk to us down below.