It’s a bit of a strange comparison, perhaps, but as the original lunar rover from 1971 approaches the 45-year anniversary of its first-ever mission in 1971, Chevrolet has decided to contrast it with the all-new, 2017 Chevrolet Bolt EV.

In fact, the two vehicles do share one or two things in common, including that both are electric, and both were designed with input from General Motors engineers. On the other hand, the “Lunar Roving Vehicle” (or “LRV”) as its officially known cost $38 million, had a range of just 57 miles, and produced 0.25 horsepower from each of its four electric motors.

The Chevrolet Bolt EV, by comparison, starts at $37,495 before incentives, has an EPA-estimated range of 238 miles, and produces 200 horsepower from a single electric drive motor. 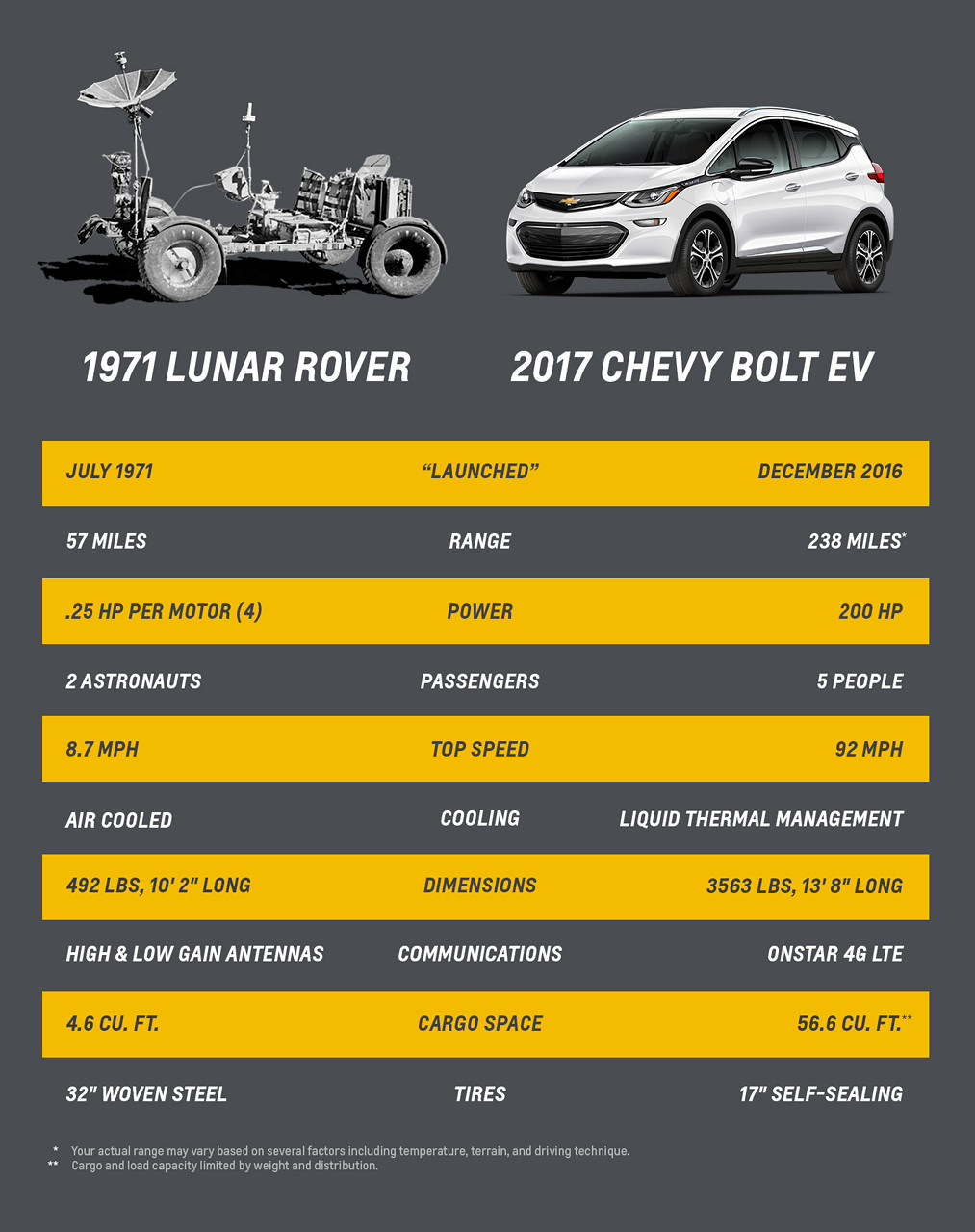 “When our team began engineering for the Lunar Rover, there were so many unknowns, including varied terrain, extreme temperatures and the effect of reduced gravity,” remembers now-retired Project Chief Engineer Ferenc Pavlics. “We pushed the boundaries of automotive technology and worked hand in hand with the astronauts on the vehicle’s design.”

Here on Earth, there are obviously far fewer unknowns; terrain is of no concern for a pavement-bound EV, we understand well the effects of any temperature extremes such a vehicle is likely to encounter, and gravity hasn’t really changed much since the planet was first formed. Even still, General Motors engineers have continued to “push the boundaries of automotive technology” with the Chevrolet Bolt EV, developing an affordable, practical, long-range electric vehicle unlike any before it.

Just don’t try and drive one on the moon.