Last year, General Motors was the first automaker to roll out the ability to download apps in its vehicles through a centralized app store. Called CUE Collection in Cadillacs and AppShop in Chevrolet, Buick, and GMC vehicles, the functionality was released starting with many 2017 model year vehicles equipped with the full-featured headunits internally referred to as Next-Generation Infotainment (NGI). And now, the automaker is the first in giving developers who have created in-vehicle applications the ability to test them in a real-world GM vehicle via a new app called GM Dev Client.

Prior to the release of GM Dev Client, developers could only test out their apps using GM’s Software Development Kit (SDK), which was released in January 2017. But now, approved developers can take the next step and run their wares on an actual infotainment system in a GM vehicle — which beats emulating the software on a computer. 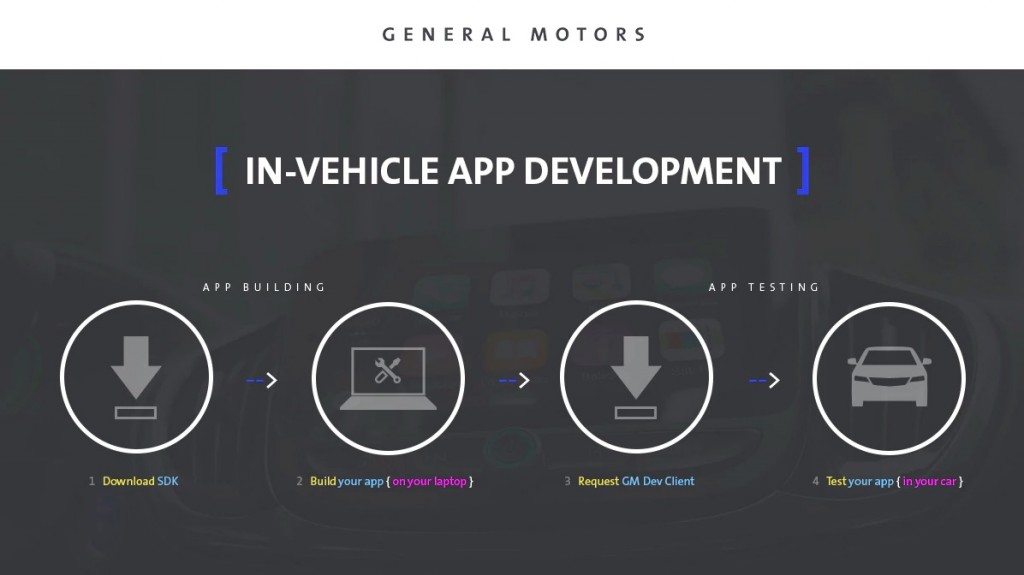 To note, the GM Dev Client app allows partners and developers to test their apps in a GM vehicle only once they’ve obtained approval from GM. The automaker made it very clear that a testing app will need to be vetted by its internal review team and the apps will be limited to running on vehicles whose VIN numbers were approved to download the GM Dev Client.

“Sharing more emulated data points through the SDK than any other automaker was the first step in opening the door for developers,” said Kent Helfrich, executive director of Connected Ecosystem Integration, General Motors. “After such strong adoption of the SDK, we wanted to enable developers to take the next step and allow real-world testing in our vehicles.”