During the Cold War, the United States and the Soviet Union were largely engaged in a battle of “anything you can do, I can do better,” when it came to arms, production and global policy. Even cars weren’t excluded from the one-upmanship, as Jalopnik highlights. That’s evident when taking a look at the USSR’s answer to the elegant 1951 Buick LeSabre concept car (pictured above).

The LeSabre concept took inspiration from aviation but was built on an existing Buick platform. It also introduced the world to some pretty experimental materials such as an aluminum body, wraparound windshield and an advanced supercharged V-8 engine. While the LeSabre looked elegant, the answer from the USSR looks decidedly utilitarian. 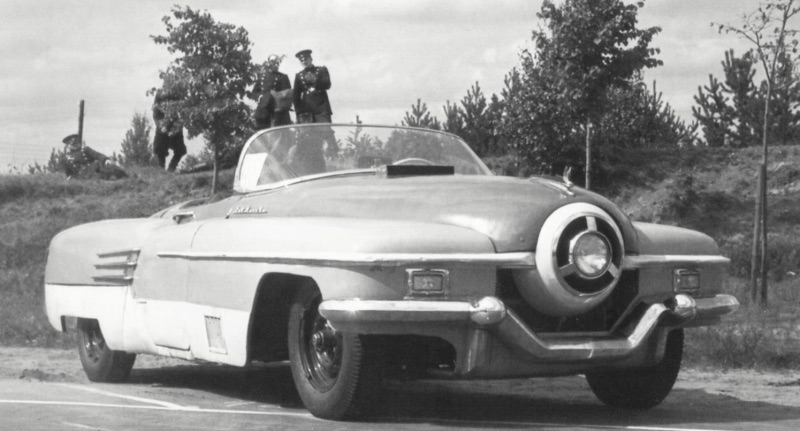 It’s called the ZIS-112 and your eyes do not deceive you: it’s massive. Sometimes bigger isn’t always better. It weighed 5,400 pounds, was 18 feet long and even featured a rounded grille element similar to the Buick.

For the better, the ZIS-112 remained a concept car, while the LeSabre line would eventually go into production minus some of the more advanced features found in the concept car, which would go on to be driven by Harley Earl for 40,000 miles of its life. With each mile, Earl showed off what American design and ingenuity was capable of.