Cadillac’s three DPi-V.R. prototype race cars that have been fighting through the 2017 IMSA WeatherTech SportsCar Championship series have only been able to do what they do thanks to a robust, powerful 6.2-liter V8. The engine, based off of GM’s Generation-V production small-blocks, spins to the maximum-allowed speed of 7,600 rpm, making nearly 600 horsepower with no assistance from forced induction.

What’s even more impressive: since the start of the season, each Cadillac DPi-V.R. race car has changed engines just once, after the Rolex 24 at Daytona. Since Daytona, each engine has now covered 2,822 cumulative miles – more distance than a trip from New York City to Hollywood, California, Cadillac points out.

“As in the Cadillac CTS-V and Escalade, the Cadillac 6.2L V8 in the race car produces unrivaled, unfailing power and responsiveness,” says Cadillac’s Global Director of Product Strategy, Richard Brekus. “This season we exchanged engines only once for each car, each receiving a fresh engine after the Rolex 24 At Daytona. We disassembled the first engines and found no issues, problems or anomalies after the Rolex 24.

“The three cars have each run the engine we installed after the 24-hour race, taking the green flag on the first practice at Sebring, running and winning at Sebring, Long Beach, the Circuit of the Americas and Detroit with no major issues.”

To be clear, with Daytona, that’s each of the five races since the start of the 2017 series; Cadillac has won them all. The team has even claimed eleven of all fifteen podium spots out of those five races – an astonishing feat. 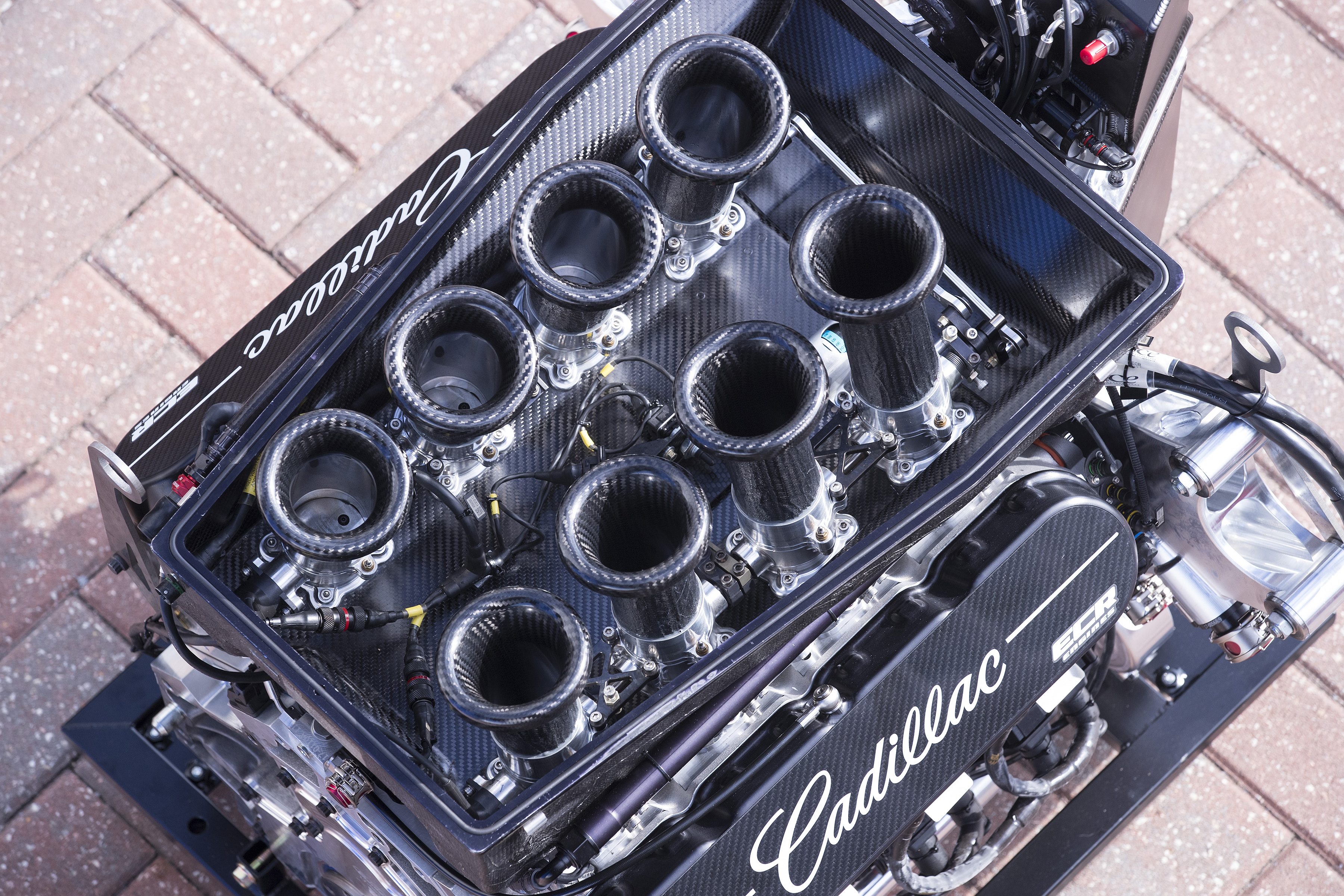 Here are some more interesting stats:

Seven races remain in the 2017 IMSA WeatherTech SportsCar Championship series, with Cadillac far and away at the fore for the manufacturers’ title. Still, Nissan and Mazda are two high-scoring teams that could threaten the DPi-V.R.’s dominance in the remaining rounds. We’ll be keeping a close eye on the rest of the series to see whether Cadillac comes out on top.