Cadillac Racing will head north of the border this weekend to the historical Canadian Tire Motorsports Park in Bowmanville, Ontario for the second SprintX round of the 2017 Pirelli World Challenge season.

Just like the previous SprintX round at Virginia International Raceway, Wayne Taylor Racing’s Jordan and Ricky Taylor will join usual Cadillac ATS-V.R drivers Johnny O’Connell and Michael Cooper at CTMP. Cooper and Jordan Taylor, who scored two third place finishes at VIR, will be behind the wheel of the No. 8 ATS-V.R, with Ricky Taylor and O’Connell sharing the No. 3 ATS-V.R.

The winding 10-turn, 2.4 mile CTMP circuit, formerly called Mosport and still often referred to as such, is a driver favorite track. With huge elevation change and sweeping high speed corners, it’s considered one of the fastest road courses in North America and one of the few true ‘old school’ tracks left.

“CTMP is one of the most intense tracks around the world,” said Jordan Taylor. “It’s extremely fast, you’re always on edge, and there is no room for error. I like the fact that it still has that old-school feel to it. You know the track that we’re driving on today has the same characteristics as it did back when legends raced there. I enjoy the challenge of it, but every time I go back, it takes a few laps to find your bravery again.” 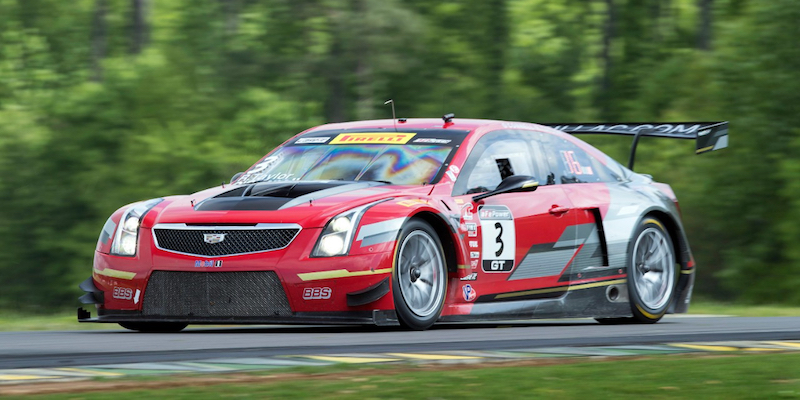 For 54-year old O’Connell, the high speed Mosport track is well-suited to his driving style and his credentials are proof. No one, save for local hero Ron Fellows, has won more races in Bowmanville than O’Connell.

“I love the elevation changes and all of the fast corners that combine to make-up a very fun lap,” he said. “To set a fast lap one has to dig deep and be committed. I’ve been told I have won there more than anyone – maybe not Ron Fellows. My most memorable was probably with Jan Magnussen getting the first prototype win for Panoz in 1999 in the ALMS.”

Race 1 from Canadian Tire Motorsport Park will go live at 1:35 p.m. ET on Saturday May 20, with the second race of the double header weekend schedule for 3:30 p.m. on Sunday, May 21.