Previously, Chevrolet was outed when media discovered patents surrounding an active aerodynamic system with sketches of the C7 generation of Corvette. While it always seemed plausible such a system would arrive with the 2018 C7 Corvette ZR1, we may have the best evidence yet.

New photos show a 2018 C7 Corvette ZR1 prototype in Detroit, Michigan wearing the smaller of the two wings we’ve seen on the coupe in various spy shots. However, looking closely shows the spoiler isn’t attached to the rear deck, as wings normally are. Instead, it looks to be mounted through openings in the top of the hatch. 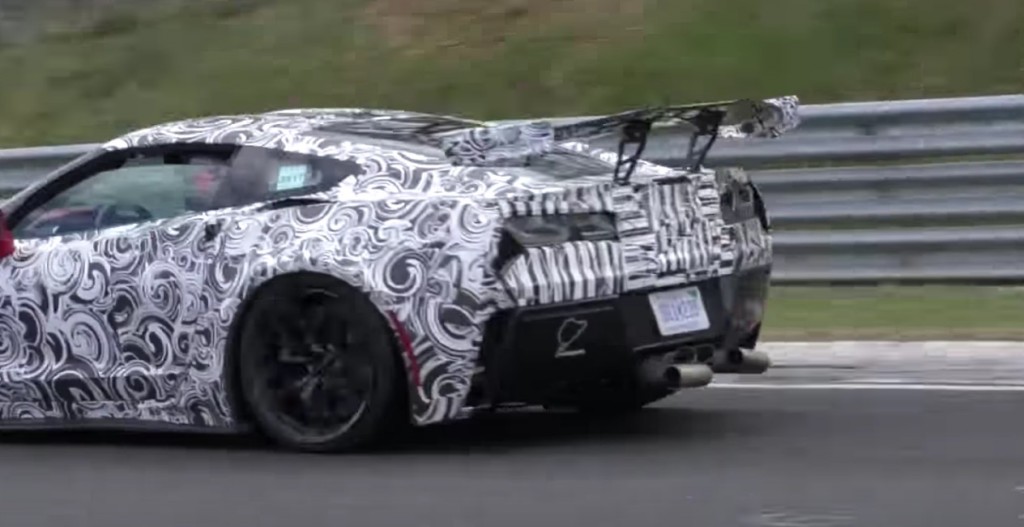 It certainly looks like an adjustable system, but the curious matter is still the fact we’ve seen different types and designs for the rear wing. These photos show the lower, less aggressive wing. The Corvette ZR1 prototype that has been spotted at the Nürburgring quite a bit sports the larger spoiler. It’s possible both use an active aero system, but may be different options depending on how hardcore a buyer wants their ZR1 to be.

Indeed, the patent application does point to the rear wing as part of an active aero system of sorts and describes the system while alluding to a front and rear spoiler to help control airflow accordingly with the ride height.

We have plenty of pieces to the ZR1’s puzzle, but we don’t have a completely clear picture just yet. If the C7 Corvette ZR1 does plan on launching as a 2018 model, we’d expect it to show face sometime later this year. Until then, we’ll keep on keeping on.