Last week McLaren and Andretti Autosport announced Formula 1 driver Fernando Alonso would contest this year’s running of the Indianapolis 500. That proclamation would have been enough of a surprise for race fans – but the storied British manufacturer also revealed it might be interested in a full IndyCar works program.

McLaren shareholder Mansour Ojjeh said the company is only planning a one race campaign for 2017, but that it might be interested in a more serious IndyCar program in the future. It currently has an engine partnership with Honda in Formula 1(albeit a shaky one), which serves as Chevrolet’s only rival engine manufacturer in IndyCar at the moment, so an IndyCar program makes enough sense for the British brand.

“I’ve attended the Indy 500, and I came away hugely impressed by the scope and scale of this enormous and well-organised event, and the sheer enthusiasm of the hundreds of thousands of fans in attendance,” Ojjeh said in a statement.

“The Indy 500 is the only IndyCar race we’ll be entering this year, but we may possibly repeat that in years to come and it’s just possible that we may even run a full-works McLaren IndyCar operation at some point in the future. We’ll see.”

McLaren has a rich history in IndyCar and American racing series. It won the Indy 500 two years after it first participated in the ‘Greatest Spectacle in Racing’ and went on to take victory at The Brickyard two more times. Rahal-Letterman-Lanigan’s Graham Rahal sported a McLaren-inspired orange and blue livery in 2015 as a nod to McLaren’s achievements in the series, resplendent of the nostalgia that exists for the brand in IndyCar today. 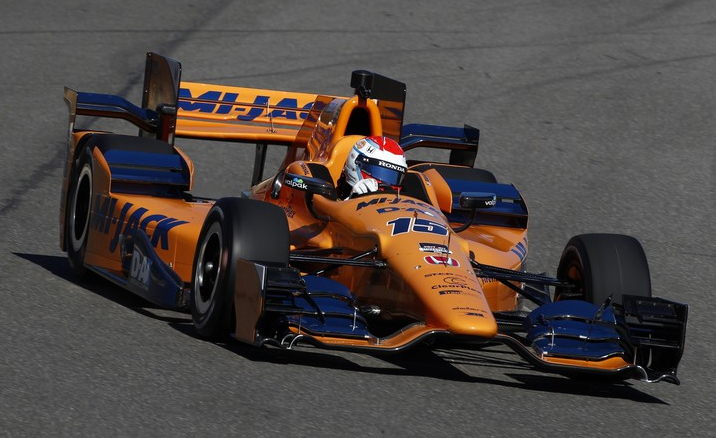 “McLaren first entered the Indy 500 in 1970. We didn’t do well that year – it was the year of the sad and sudden death of our founder Bruce McLaren of course – but at Indianapolis the following year, 1971, Mark Donohue qualified his McLaren M16 in pole position. The next year, in a privateer M16B operated by Roger Penske, Donohue became the first man to win the Indy 500 in a McLaren. Johnny Rutherford would repeat the feat in both 1974 and 1976, both times in a full-works McLaren, resplendent in papaya orange.

Chevrolet might also soon meet McLaren on the endurance racing circuit. The automaker won the 24 hours of Le Mans in 1995 in its V12 F1 GTR and says it could be interested in having another go at it one day soon. If they were to enter the competitive GTE Pro class with a works team, they’d compete with Corvette Racing, Ford and Porsche in the way of factory supported teams.

“Equally, we may potentially enter the Le Mans 24 Hours again some time – we won it outright in 1995 with our iconic McLaren F1 GTR – but to be clear we have absolutely no definite plans to do so at this stage,” Ojjeh said.