To say that German philosopher Friedrich Nietzsche is quoted “often” would be an understatement, so we apologize in advance.

Nietzche’s most famous quote, we’d wager, is this: “That which does not kill us makes us stronger.” It’s a sentiment that Kelly Clarkson echoes in her hit single Stronger, and which Kanye expresses in his song of the same title. But Nietzche also once said: “Without music, life would be a mistake.”

We can’t speak for everyone, but we’d say the owner of this 2001 Chevrolet Blazer would certainly agree with the latter notion. That’s likely why he’s invested so much time and money into a custom sound system for this bumpin’ Blazer. I was lucky enough to get to experience its power firsthand, and it’s pretty breathtaking. Literally.

When Damien, the owner, set out to purchase a Blazer, he knew that he wanted to fit it with a killer sound system. After pulling the trigger on a Beige Metallic 2-door, he began his project, spending thousands of dollars on equipment and countless hours in the shop. He did all of the wiring, constructed a custom subwoofer box (basically a wall), swapped in a beefier alternator, tested the system, tuned it, and made it all look presentable. After months of hard work, he finally had a finished product.

Just take a look at the impressive specs:

Upon sitting in the passenger seat of the Blazer, I took a quick count of the speakers, and immediately knew that it would be louder than any other in-vehicle sound system I had ever heard. Eighteen speakers. That’s the number I arrived at.

What’s more impressive is that while most systems require some sort of equalization compromise – e.g. reducing bass to cut down on unwanted distortion – that simply wasn’t the case in this Blazer. The highs were crystal clear, unspoiled by the deep, encompassing bass. It was almost like being right in front of the stage at a concert hall.

So, there I sat, taking it all in, when Damien turns to me and says, “Okay, so that’s about half-way. Are you ready for the full experience?” Wait, what? It gets louder? “Oh yeah,” he says. “Some people can’t handle it, but you didn’t seem phased, so I think you’ll be alright.” And for the first time in my life, I was nervous about listening to music.

I don’t remember the name of the song; I just know that when the bass hit, I found it suddenly hard to breathe. Every panel shook like crazy, and for a second I thought the 16-year-old, body-on-frame Chevrolet might actually start falling apart. But it held its own and I couldn’t hear any rattling, so I settled in for the ride.

Now, that might sound unenjoyable, and forgive me for sounding like a “bro,” but it was totally awesome… bro. And anyway, what doesn’t kill us makes us stronger.

Is life without music a mistake? I suppose that’s debatable, but taking this sound system out of this 2001 Blazer certainly would be. 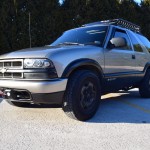 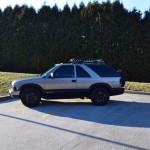 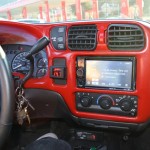 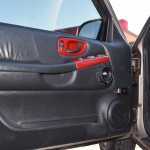 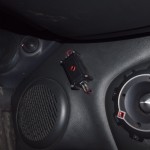 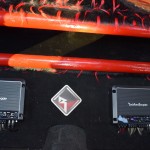 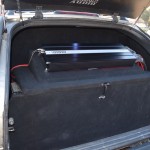 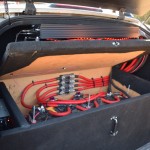 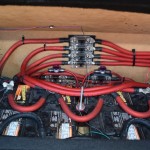 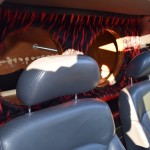 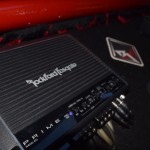 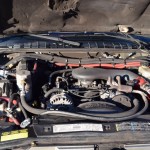 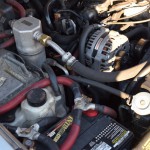 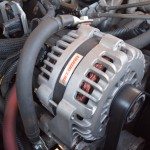