Those residing in Australia will be treated to a much different animal when it comes to the 2018 Holden NG Commodore. Taking the shape of the Opel Insignia Grand Sport, Vauxhall Insignia Grand Sport and 2018 Buick Regal Sportback, the Commodore is the fourth iteration of vehicle riding on General Motors E2XX platform.

However, as Holden has promised, some things are exclusive to the Australian market. That includes the Commodore’s 3.6-liter LGX V6 engine. And while North America is treated to a four-cylinder-only lineup for the 2018 Regal, the Commodore Tourer, our Buick Regal TourX, will also receive said V6 engine. 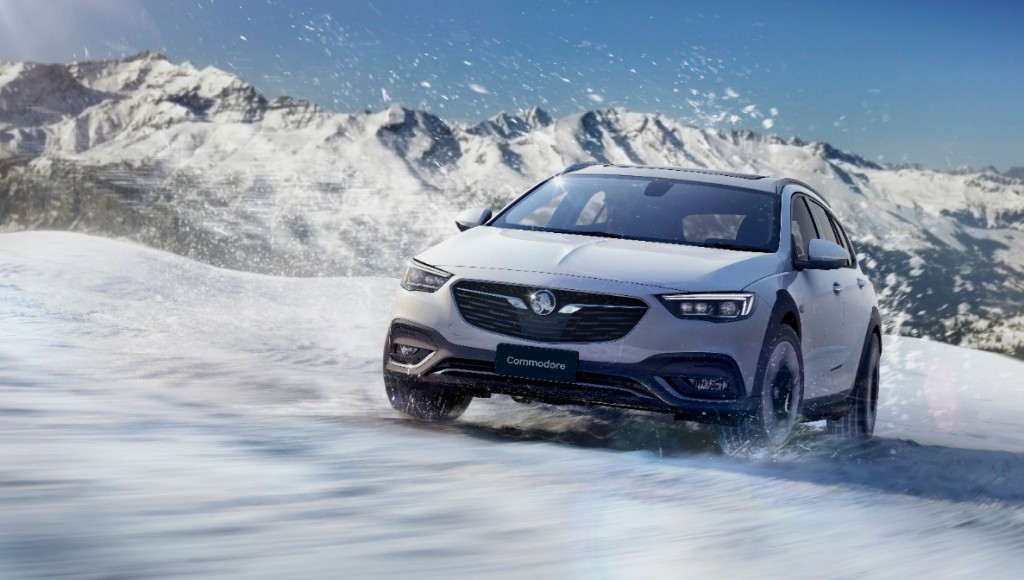 Following the reveal of the Holden Commodore Tourer, we reached out to the brand to elaborate on powertrains available for the most rugged variant of Commodore.

“The Holden Commodore Tourer is all-wheel drive, which for [Australia] means the 3.6-liter V6” will be powering the vehicle exclusively, a Holden spokesperson said. Meanwhile, the already-confirmed four-cylinder turbos and a turbo diesel will be available for the regular Commodore and Commodore Sportwagon as well.

As of the Regal TourX’s reveal, all-wheel drive is standard, but the sole engine offering will be a 2.0-liter LTG turbocharged four-cylinder when it arrives in the fall.

Holden lobbied hard to ensure the range-topping Commodore arrived with a sporting virtue, which led to the AWD, V6 powertrain. As for North America, we’ve heard mumblings over a V6 making its way under the hood of the 2018 Regal, but no concrete information has surfaced as of yet. It’s possible the next Regal GS may receive a V6 engine, as one engineer alluded to once before, but Opel has stated its next Insignia OPC will likely arrive with a four-cylinder turbo.