Dodge has been anything but subtle in saying it has a pretty powerful Challenger, the Demon, coming our way very shortly. However, Hennessey has pulled a sucker punch with this beast of a Camaro in a clear effort to overshadow whatever Dodge has up its sleeve. This is the Hennessey Exorcist.

Based on the 2017 Chevrolet Camaro ZL1, Hennessey Performance Engineer has gone downright devilish to produce 1,000 horsepower at 6,400 RPM and 996 pound-feet of torque at 4,400 RPM. Most of those demonic ponies come from a larger, higher flowing supercharger and intercooler system producing 14 psi of boost pressure. 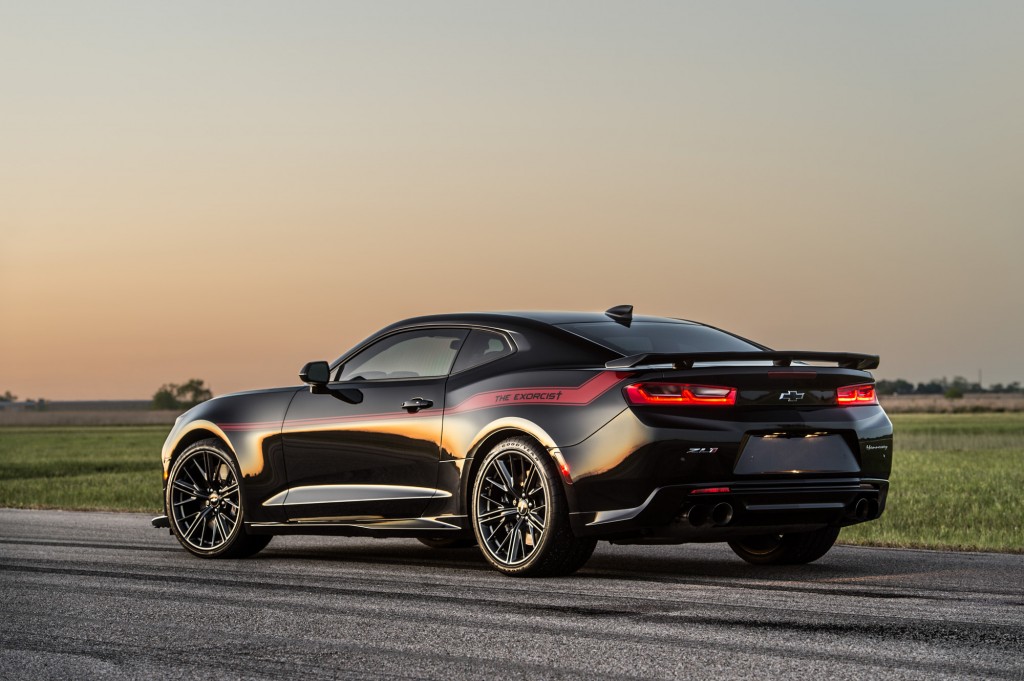 Drag radial tires are standard with the HPE Exorcist, and the performance house claims it will run a quarter-mile time of fewer than 10 seconds while rocketing from 0-60 in under three seconds. But, since it has ZL1 in its blood, the Exorcist will perform just as well on a road course, according to HPE, which ensured the Exorcist still encompassed the renaissance man attributes the ZL1 has been lauded for. 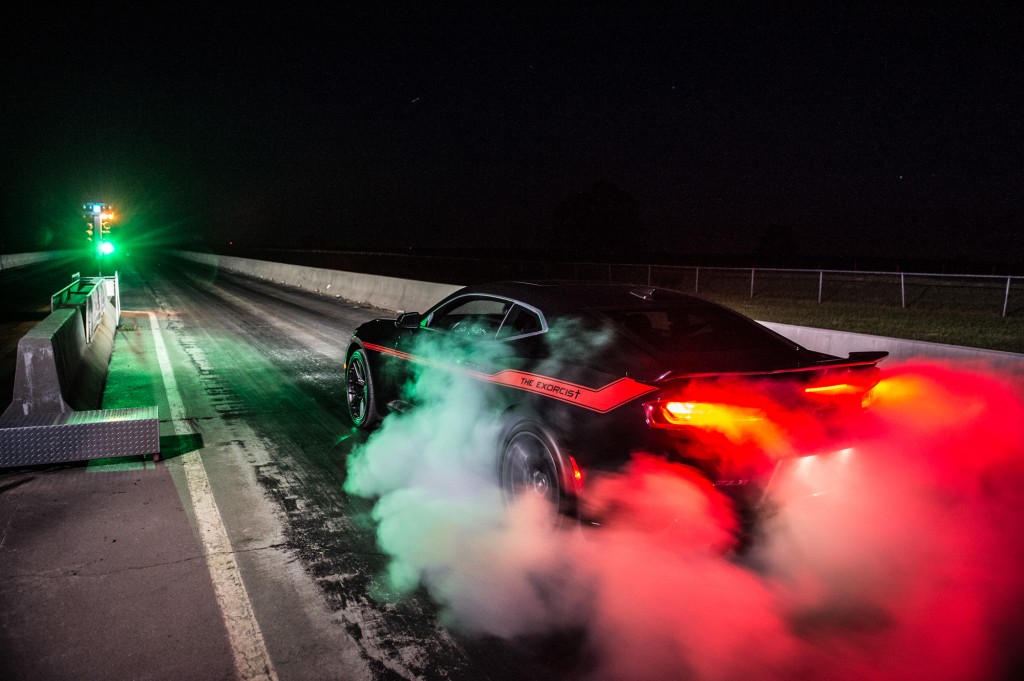 HPE plans to produce 100 units of the Exorcist per year at a cost of $55,000 for the entire package. That includes the performance upgrades, graphics and a 2 year/24,000 mile warranty. But, there are a few different ways you can exorcise the demon.

HPE will offer an optional drag pack for $8,995, which includes a tool kit, driveshaft upgrade and a pair of 20-inch wheels with 315/30-20 Nitto drag radial tires. A road race pack adds a set of 20-inch light weight Hennessey wheels with Michelin Pilot Sport Cup 2 tires at the cost of $6,995. Finally, if an automatic transmission is your choice of gearbox, it will require an upgraded transmission at the cost of $9,950.

It looks like Hennessey has seriously covered all its bases with the Exorcist. Your move, Dodge. The devil is in the details.