When General Motors launches its Super Cruise technology with the 2018 Cadillac CT6, it’s won’t be the autonomous revolution some drivers have been hoping for, but it will be a thoroughly thought out technology with plenty of safeguards.

Unlike other systems, Super Cruise monitors a driver’s behavior with an infrared camera and asks for attention based on the speed of the vehicle. As long as the driver is still paying attention, the system will be happy. Drivers may enjoy a coffee or hold a conversation with a passenger without worrying too much of what’s ahead. 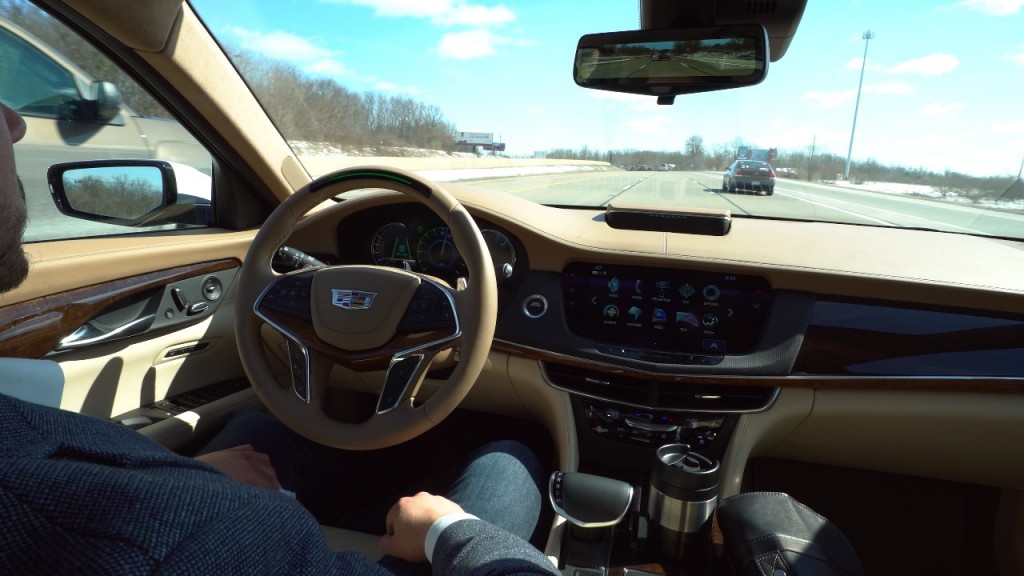 “What you do with your hands is up to you,” said Barry Walkup, the chief engineer of Super Cruise, told Automotive News.

If the vehicle does not get a response from the driver, a series of escalating alerts proceed. If audible alerts and seat vibrations don’t provoke a response, the CT6 is capable of turning on the hazard lights and pulling the car off to a controlled stop. OnStar is then contacted for the possibility of medical attention.

It’s less risky but may suffer from the ground-breaking feeling associated with Tesla’ Autopilot system.

“There is a market for sure, probably at quite an upcharge, for a system that will drive you on the highway, in traffic,” Mike Ramsey, a transportation and mobility analyst with Gartner Inc. said. “But if you lock down on it so much that it kind of limits the freedom you have, it really limits that market.”