If there’s one product revealed at the 2017 New York International Auto Show this week that has grabbed nearly all of the buzz, it’s the 2018 Dodge Challenger SRT Demon.

After what may be the industry’s longest teaser campaign, Dodge unleashed the Demon with 840 horsepower and 717 pound-feet of torque when running 100 octane race fuel, thus, making it the most powerful production series V8-powered car ever. And it has the 2017 COPO Chevrolet Camaro in its sights at the dragstrip. Except, you won’t be seeing the Dodge Demon at any NHRA dragstrip.

In fact, the NHRA has already banned the 2018 Dodge Demon. Why? It’s simply too fast for the dragstrip. The Demon will require a special license and additional safety equipment before its demonic ways are given a green light for the ‘strip. 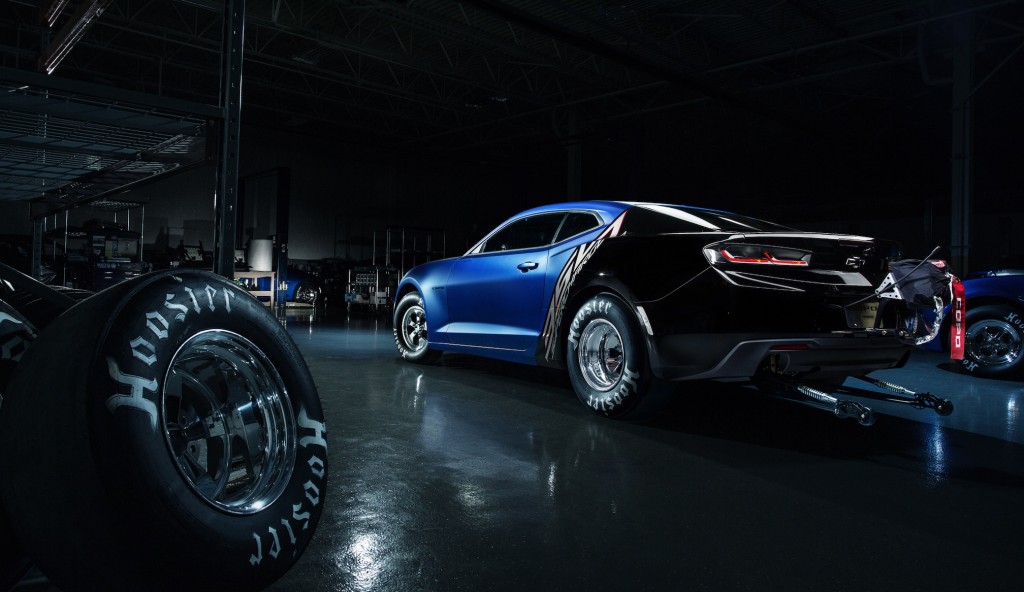 While the COPO Camaro manages 580 hp with a 5.7-liter supercharged V8 engine, the 840 hp is simply too much for condoned NHRA tracks. That’s a bummer because we’d love to see a showdown between the COPO Camaro and Demon. Though the COPO Camaro is down on overall power, it’s still capable of running quarter-mile times in the 8.5-second range at 162 mph. The Demon? 9.65 seconds at 140 mph.

Still, there’s no denying the Dodge Challenger Demon is an ultimate expression of the American muscle car. It remains to be seen if Chevrolet will ultimately challenge the Demon’s power prowess down the road, but right now, the 650 hp 2017 Camaro ZL1 is as close as it gets. If that doesn’t do it for you, Hennessey Performance Engineer can help you ward off the Demon with its Camaro Exorcist, pushing 1,000 hp.