Behold the 2018 Buick Regal: largely analogous to the 2017 Opel Insignia and 2018 Holden Commodore, the new Regal has re-designed and re-engineered from the ground up to be longer, lighter, and more technologically-advanced than its predecessor.

While the last-generation model was available only in a single four-door sedan body style, the all-new Buick Regal is available in two body styles: a four-door liftback sedan and a five-door wagon. It’s worth noting that the while the new Regal Sportback looks like a sedan, it actually features a trick liftback rear door that makes it more utilitarian than a traditional sedan, with 31.5 cubic feet of cargo space – double that of the outgoing, conventional Regal Sedan.

The exterior appearance is striking thanks to a sporty, athletic stance emphasized by a wheelbase that spans 111.4 inches (2,831 mm), up 3.6 inches (92 mm) over its predecessor. Also contributing to the more athletic proportions is a front overhang that has been reduced by 1.2 inches (30 mm).

Meanwhile, the Regal Wagon — officially known as the Regal TourX — is the space champion, with a cumulative trunk volume of and incredible 73.5 cubic feet of storage with the 60/40 rear splitting second row folded down. That’s more than the Volvo V60 Cross Country, Audi A4 allroad and Subaru Outback. Aside from being 3 inches longer than the Regal Sportback, it also rides a little higher and features body cladding to denote its go-anywhere personality. 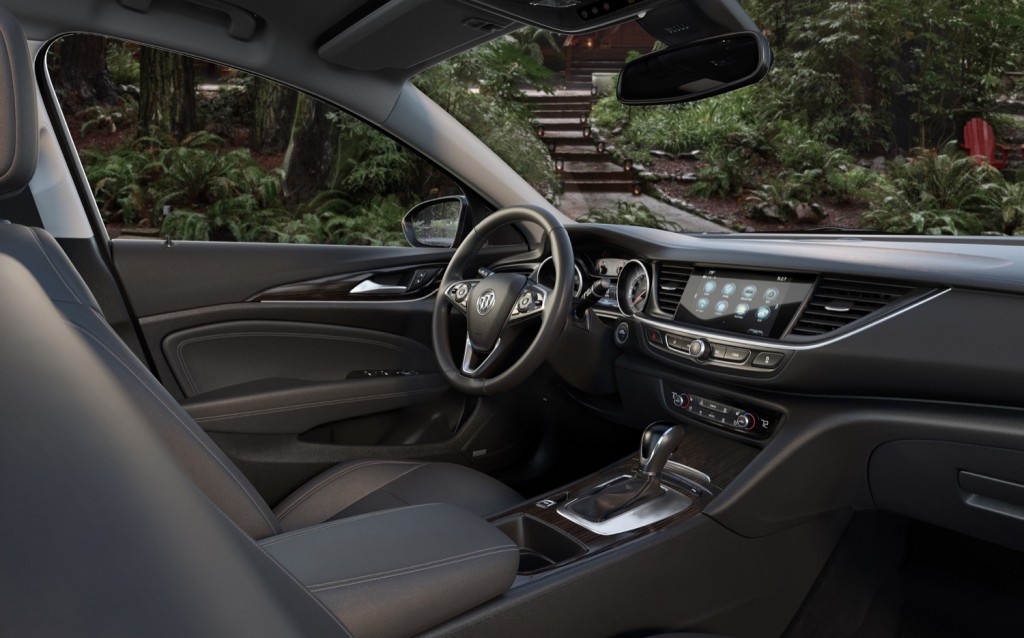 Thanks to GM’s new E2 platform, the new Regal is as light as 3,748 pounds in FWD Sportback guise. It will be powered by GM’s ubiquitous 2.0-liter LTG making 250 horses and 260 pound-feet of torque in FWD form, while AWD models boast 295 pound-feet of torque. In the Sportback, power is sent to the front wheels via GM’s new 9-speed automatic transmission by default, while an 8-speed transmission with torque-vectoring all-wheel-drive is optional. AWD with the 8-speed automatic and the higher torque output is standard on the Regal TourX.

Buick lists standard equipment on every 2018 Regal Sportback to include push-button start and entry, Hill Start Assist, 10 air bags, universal home remote and heated side mirrors. Additionally, a new “Active Hood” safety feature in the name of pedestrian safety. This feature senses the imminent impact of a pedestrian between 16-30 mph and uses a pyrotechnic actuator to lift the back of the hood up about 4 inches to lessen the impact and potentially reduce injury, according to Buick. 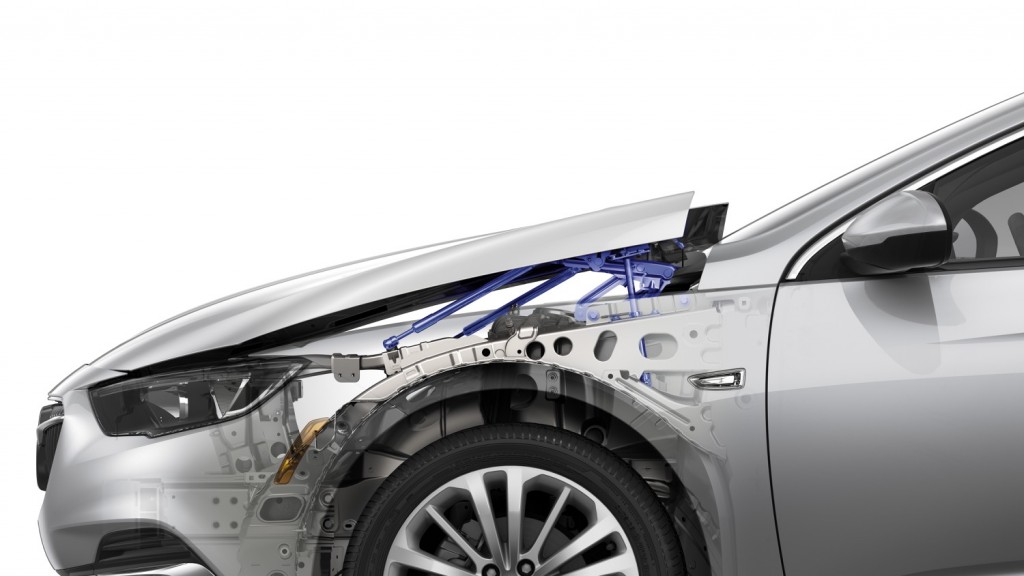 Every 2018 Buick Regal, including the Sportback and TourX, also comes equipped with an OnStar 4G LTE Wi-Fi hotspot and five years of the OnStar Basic Plan, as well as the myBuick app with OnStar Smart Driver, an opt-in service designed to help Buick owners maximize their vehicle’s overall performance and become better drivers.

A 7-inch infotainment system with Apple CarPlay and Android Auto compatibility is standard, while an 8-inch system with navigation is optional. Bose premium audio is also available.

The all-new Regal will make its public debut at the 2017 New York International Auto Show next week. It will be assembled in Germany.