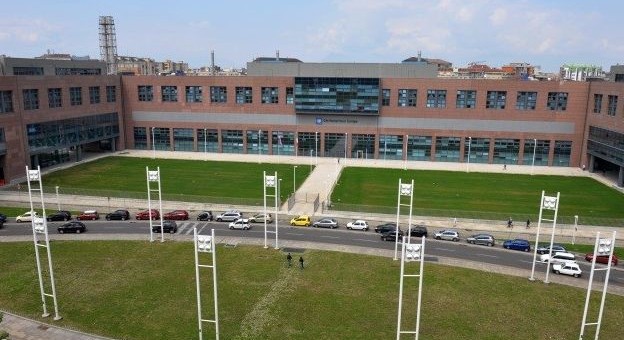 General Motors may have made a clean exit from the continent of Europe by selling Opel, Vauxhall and its various manufacturing sites to PSA Groupe, but it held on to one asset: the Torino, Italy powertrain facility.

But, why did the automaker keep it? There are two important reasons, one long and one short term.

In the short run, GM will use the facility to handle Opel and PSA engineering services during the transition years, according to Automotive News. But, the facility will play an important part for future powertrain operations, too.

Specifically, GM will utilize Torino to continue its diesel push in various markets around the world; the Italian hub has been responsible for every small displacement diesel engine the North American market has been graced with thus far, including the 1.6-liter “whisper diesel” engine found in the 2017 Chevrolet Cruze diesel. Ditto for the 2.8-liter four-cylinder turbo diesel found in the Chevrolet Colorado.

The 600 engineers in Torino not only develop diesel engines but they also design, test and validate the emission-control equipment and write the software that governs the engines and emissions systems.

Industry analysts praised GM’s decision to retain the powertrain operations, which was born from the failed Fiat-GM alliance.

“Moving it would basically hit the reset button for development,” AutoPacific analyst Dave Sullivan said. “And any brain drain for GM’s diesel development could only help the competition. Closing this facility could be a setback in terms of future products.

“I think not closing this facility means that there is a place for diesel engines in GM’s lineups in other markets,” Sullivan added.

GM has big plans for diesel-powered vehicles in the U.S. specifically. The 2017 Cruze diesel surpassed the coveted 50 mpg mark with an EPA-certified 52 mpg highway; the 2018 Chevrolet Equinox and 2018 GMC Terrain will both receive an identical diesel powertrain as well. Torino is GM’s diesel mecca, and it isn’t going anywhere, anytime soon.