It’s anyone’s guess as to what the future holds for the Chevrolet Corvette, but all signs point to a revolutionary mid-engine layout coming sooner rather than later.

In the process, we’ve seen plenty of mid-engine Corvette renderings, but now, HRE Wheels, with help from Fast Eddy and Aria Group, have tried their best to capture what a mid-engine C8 Corvette could look like. And this is it.

While we admit it tugs at our childhood, supercar heartstrings, it doesn’t make the case of actually being a Chevrolet Corvette. While we expect the C8 Corvette to certainly be revolutionary, the rendering doesn’t necessarily house any familiarity to the Corvette whatsoever.

The rear paints a very Lamborghini-esque picture, and the front isn’t revealed in the rendering photos. We can see a slight nod to the current C7 Corvette in the taillamps, but slap any performance badge on this rendering, and it could pass for something else.

Of course, the main feature is the set of lovely HRE wheels sitting at all four corners. Yes, they look good, but we doubt anything here will mimic a production, mid-engine Corvette. 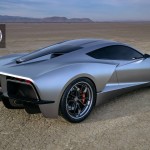 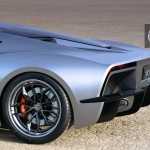 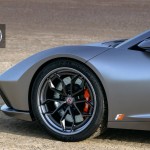 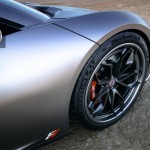