Chevrolet has been quietly working on a “flagship, medium-duty truck,” and now, the brand itself dished out some significant information surrounding the truck.

Officially, the upcoming flagship commercial truck will utilize a pretty legendary combination of Duramax diesel power – likely the new L5P – and an Allison transmission. Chevy announced the truck’s powertrain at the 2017 NTEA Work Truck Show and stated that the truck is on track to be introduced in 2018.

Chevrolet first applied the Duramax diesel engine to its trucks in 2001, and since then, the engine itself has accumulated more than 100 billion miles of collective use in various General Motors products. Allison Transmission has helped put Chevrolet trucks into gear since the 1950s.

The truck itself is expected to be a 4500 HD model, and we speculate (keyword: speculate) that this could be the rebirth of the Kodiak. 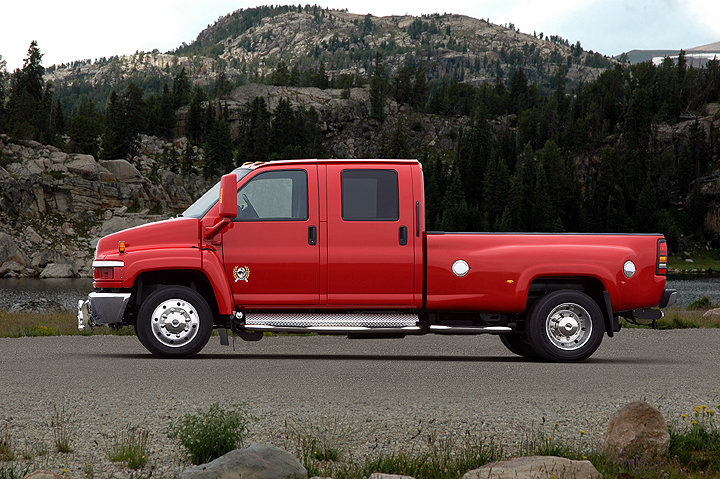 Chevrolet announced in 2015 it would partner with Navistar to build medium-duty, conventional cab Class 4/5 commercial vehicles. GM stated then the partnership would combine Navistar’s “expertise in rolling chassis configurations and manufacturing capabilities,” with GM commercial components and engines.

The upcoming 2018 commercial truck will be the first conventional cab fruit born of Chevrolet and Navistar’s labor.