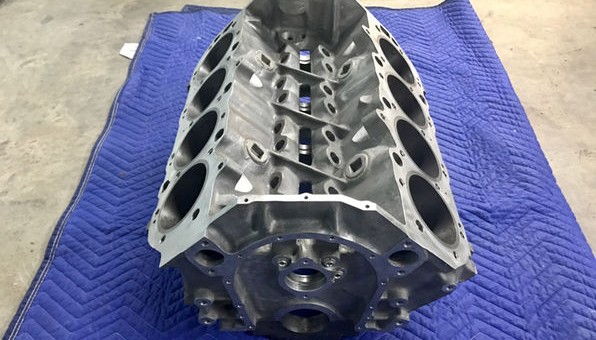 Imagine the glee someone felt when they responded to a Craigslist ad for “Chevelle parts,” and found an unused Chevrolet 427 ZL-1 big block V8 still inside the original plywood crate.

For those who don’t know, the ZL-1 V8 is the cream of the crop when it comes to Chevy V8s from the muscle car era. Today, a factory, ZL-1-powered first-generation Camaro can easily fetch over half of a million dollars at auction, with some even approaching seven-figures.

HotRod has the scoop on this discovery, reporting that the engine was purchased directly from Chevrolet in the early 1970s, and then stored in a small garage closet in rural Tennessee. It remained there untouched, and the original Chevrolet Heavy-Duty Parts 3952318 ink stamp is still on the crate, clear as day. Casting of the ZL-1 engine was handled by The Winters Foundry in Canton, Ohio. The blocks that were cast for production cars used the 3946053 and 3946052 casting numbers, and were drilled for a fuel pump and a starter – although at the start, the ZL-1 engine was meant to be used in Can-Am road racing, not production vehicles.

Thanks to the efforts of Fred Gibb, Chevrolet produced fifty 1969 Camaros with the ZL-1 engine. They were to be used in NHRA Super Stock drag racing competition (like today’s COPO Camaro), which made sense as the aluminum ZL-1 was about 100 pounds lighter than an iron big-block. The engine nearly doubled the price of a Camaro, however, making them very hard to sell. Eventually, Gibb would send 37 units back to Chevy, who then redistributed the units to various dealers throughout the country.

Old-school Chevy die-hards already know the tale of this ZL-1 V8, and already understand its exclusivity. The fact that this may just be the most preserved sample of such a piece of automotive history is enough to make this a remarkably valuable find. And with the spotlight on the modern-day Camaro ZL1 making it all the more relevant, we think this engine could go for a very, very sound price.

What do you think? Is this an over-hyped hunk of metal, or does its significance make it a priceless gem? Sound off in the comment section below.