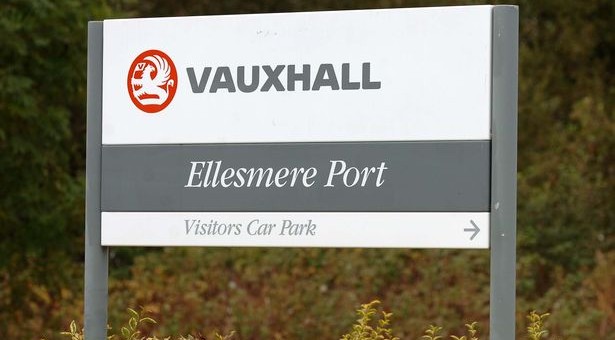 U.K. Business Secretary Greg Clark has vowed to do everything he can to protect General Motors Company’s two factories in Britain and thousands of jobs at the plants if the automaker sells off its European operations, Opel-Vauxhall, to French carmaker PSA Group.

Last week, General Motors confirmed that it is in talks to sell its European Opel-Vauxhall brands and operations to PSA Group, which markets the Peugeot and Citroen brands. The development prompted a deluge of diplomatic activity from Germany, the home of Opel, and the U.K. which is home to the Vauxhall brand.

Clark has sought discussions with GM as well as with PSA and the French government, which partially owns the PSA Group. He told lawmakers on Monday that he will meet with PSA Chief Executive Officer Carlos Tavares this week.

“I will do everything I can at all times to secure the best possible future for Vauxhall and its workers,” Clark said. “My personal commitment and the commitment of this government will be unbounded” to ensure future of Vauxhall’s plants at Ellesmere Port, near Liverpool, and Luton, north of London.

Currently under negotiations, the deal to sell the Opel-Vauxhall operations — which haven’t turned a profit in nearly two decades — puts the unit’s factories across the U.K., Germany, Poland, and Spain at risk. Making the U.K.’s factories even more vulnerable is Britain’s recent vote to leave the European Union; the decision will likely result in the introduction of trade tariffs as the nation leaves the world’s biggest trading bloc.

“We want to negotiate the best possible access to the single market, free of tariffs and bureaucratic impediments,” Clark said.

On Thursday of last week, Clark spoke with French Industry Minister Christophe Sirugue and PSA Group board members. The Business Secretary stated that both parties told him that they “value the Vauxhall brand” and that “They also emphasized that their operational approach in recent years has not been to engage in plant closures, but to focus on continuous improvements in plant performance,” said Clark.

GM’s desire to sell off Opel-Vauxhall has even escalated to Prime Minister Theresa May, whose office confirmed on Monday that it is working to find a day she can meet with PSA’s Tavares.

“A meeting will happen,” her spokesman, Greg Swift, told reporters in London. “What we have been clear on is our determination to see Britain’s important automotive industry continue to flourish.”