Outlined by PSA chief executive officer Carlos Tavares in 2016 as part of the company’s “Push to Pass” strategy, the plan to bring PSA’s Peugeot, Citroën and DS brands to North America, the world’s most profitable market, will take ten years to implement. Tavares describes the plan as “a very significant decision for us”.

“This is a very thoughtful, progressive approach with a long-term perspective”, Tavares was quoted as saying. “We are doing this for the future generations of the company, starting from a very simple point, which is that if you want to be profitable and sustainable, you ought to do business in the three major markets in the world.”

PSA’s Citroën brand pulled out of America in 1974. Peugeot left in 1991. Interestingly, PSA maintained a U.S. corporate presence until 2013.

PSA’s to return to North America is comprised of three stages. Set to commence in 2017, the first stage will see PSA re-enter North America as a “mobility provider” by providing car-sharing services. Interestingly, the automaker won’t do so under either of its three marques but is instead coloring with existing partner Bolloré Group.

PSA and Bolloré currently build a Bolloré-branded electric vehicle at PSA’s plant in Rennes, France. PSA will likely dip its toe in the North American waters with a similar model, enabling it to conduct customer research 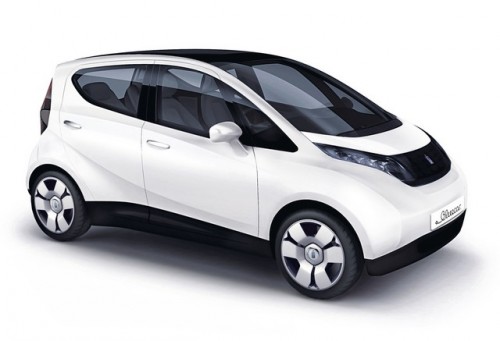 “This is a way for us to understand the customers, the stakeholders, the regulations, to ensure we completely feel the pulse of that big market,” said Tavares.

Phase two of PSA’s return will reportedly entail introducing actual vehicles from the PSA Group into a car-sharing service.

“If we are successful as a mobility operator, from there we will have the opportunity to put in our own fleets of cars, as soon as they are compliant with US regulations. Of course those fleets will remain under our control, as is normal in car-sharing activities. We will be able to ensure that our own cars are meeting the expectations of the local consumers,” said Tavares.

Based on the success of the second step, the third step of PSA’s strategy is to actually sell vehicles from PSA brands in North America.

“… eventually, if we are successful, if our products in our fleets are well appreciated by consumers, we will go to the third step, which is to sell our own brands’ products in North America, eventually with local sourcing.”

The reason for the push is quite simple: to make more money. Currently, PSA’s sales volume and scale are significantly limited, as it primarily sells vehicles in the European  and South American markets. It recently entered China and is gearing up to re-enter India after a 20-year hiatus.

“We will return to North America because we believe this is a place where we can make significant profit for PSA”, explained Tavares. He did not provide long-term sales expectations for the North America market.

In 2013, General Motors and PSA entered into a strategic partnership to jointly-develop several vehicles for the European market as well as to realize operating efficiencies associated to logistics and sourcing. The first fruits of the vehicle development partnership are now presenting themselves with the recently-revelaed Opel Crossland X MPV and soon-to-be-revealed Opel Grandland X MPV.

Both automakers are in advanced stages of negotiations to sell GM’s European Opel-Vauxhall unit to PSA. Informally known as Opel, the unit consists of the Opel brand, which is sold all over Europe except for the United Kingdom, as well as the British Vauxhall brand, which is sold exclusively in the U.K. The two firms are reportedly looking to finalize negations by March 1, prior to the start of the 2017 Geneva International Auto Show.

How and whether the potential acquisition of Opel will play into PSA’s plans to return to the New World is anyone’s guess, but something tells us that the French automaker will want to factor the legendary German brand into its comeback strategy… in one way or another.