While there is a lot to love and big aspirations for the compact crossover, some things stuck out as chin scratchers. Without further ado.

There’s no denying this has been the most controversial move surrounding the 2018 GMC Terrain. We totally get the push-button gear selector frees up space on the center console area, and from an ergonomic standpoint, it really works. However, its execution seems a little off. The buttons look low-grade in quality and are positioned in a strange place for the driver. We also think it’s almost humorous there are still “+ -” buttons flanking the “L” button on the console. Just in case you want to manually shift the Terrain by reaching across the dash. A traditional gear selector or even a dial would have looked much more pleasing to the eye. 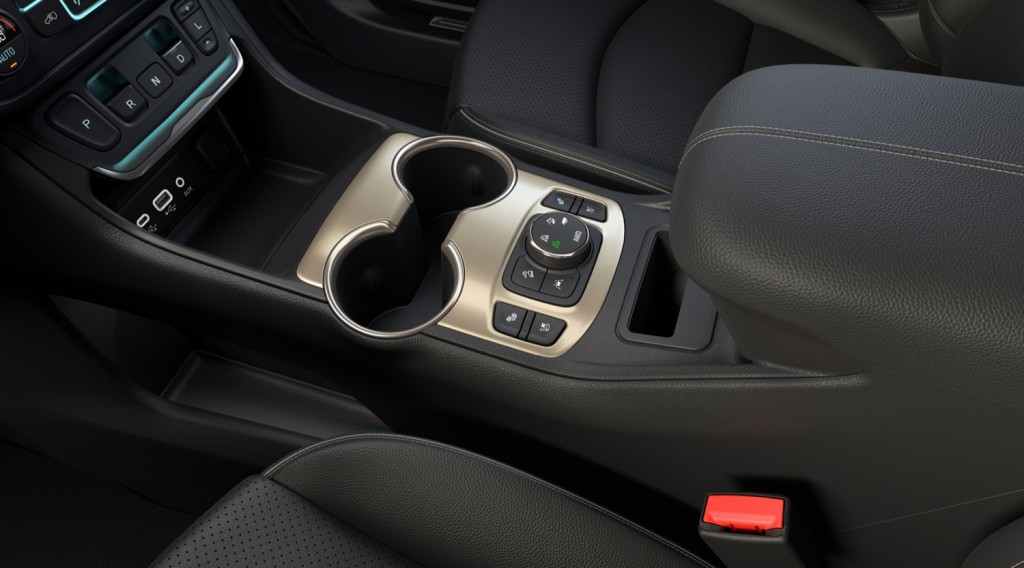 Upon sitting in a higher-trimmed SLT Terrain, it felt like a nice place to be. From there, we hopped into a Terrain Denali. The differences weren’t too noticeable. If the Denali brand is supposed to exude luxury, the 2018 Terrain Denali’s initial impression did not do that. Similar hard plastics adorned the interior and nothing stood out as a wow factor inside. In fact, we think the SLT’s interior actually looks better. 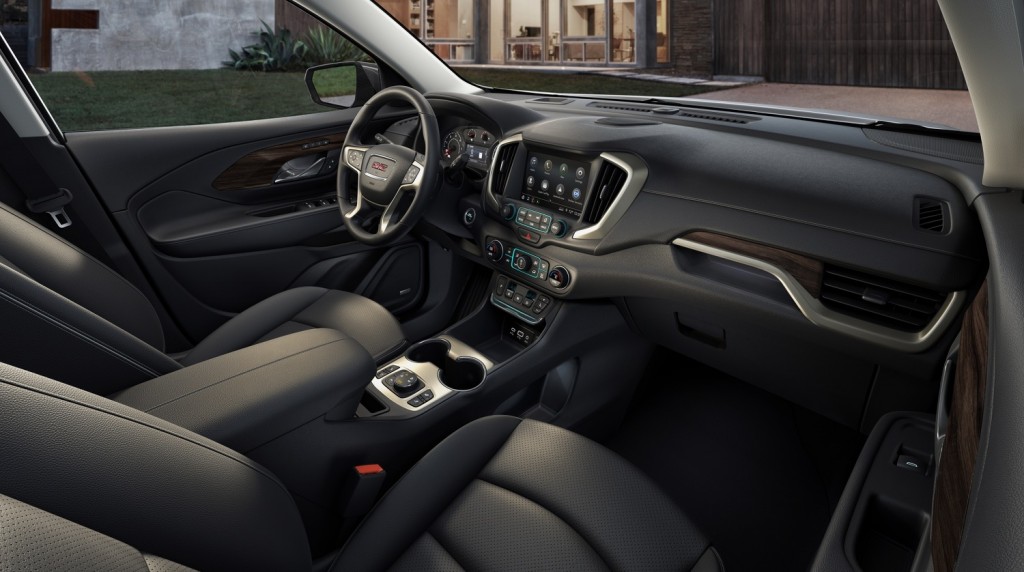 In an effort to express the entire team’s opinions, the floating roofline has landed on both “what we like” and “what we dislike.” While I personally think it’s a distinctive design element for GMC, others felt it looked a tad awkward from certain angles. Only a small portion of the pillar is blacked out for the effect, but it also means your eye is drawn to a very tall shoulder in the rear. It’s understandable how this could be perceived as a tad quirky. 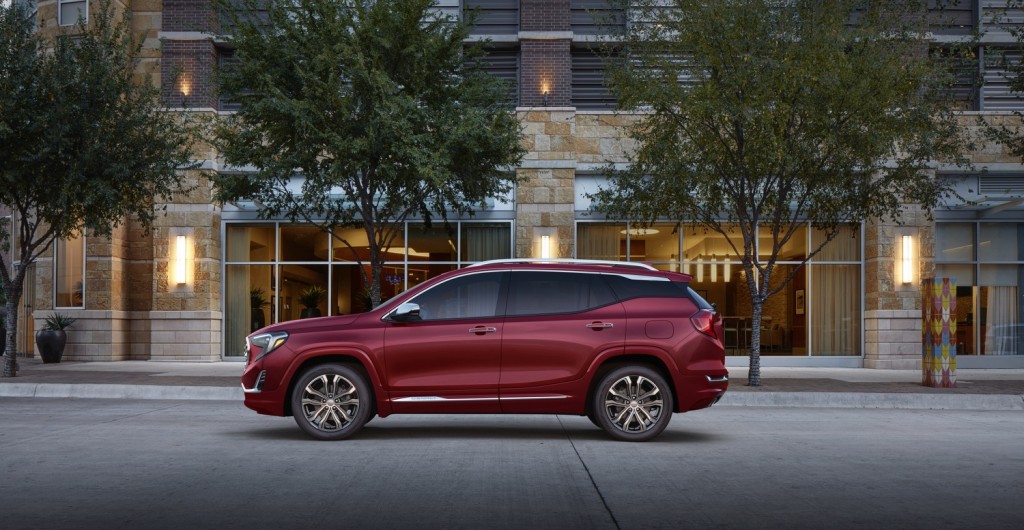 It’s likely only a matter of time before nine speeds truly replace six at GM, but we do wish the 1.6-liter turbo diesel would come mated to the new nine-speed automatic. The same is true for the 2018 Chevrolet Equinox diesel, which also sticks with a six-speed automatic.

5. The power liftgate looks to be a Denali-exclusive

We may be wrong on this one, but from what we’ve gathered, it seems the super handy, programmable power liftgate will be a feature exclusive to the Denali. We think it would be a much-appreciated option on lower level trims of the 2018 Terrain, especially since the interior designs don’t differ greatly. 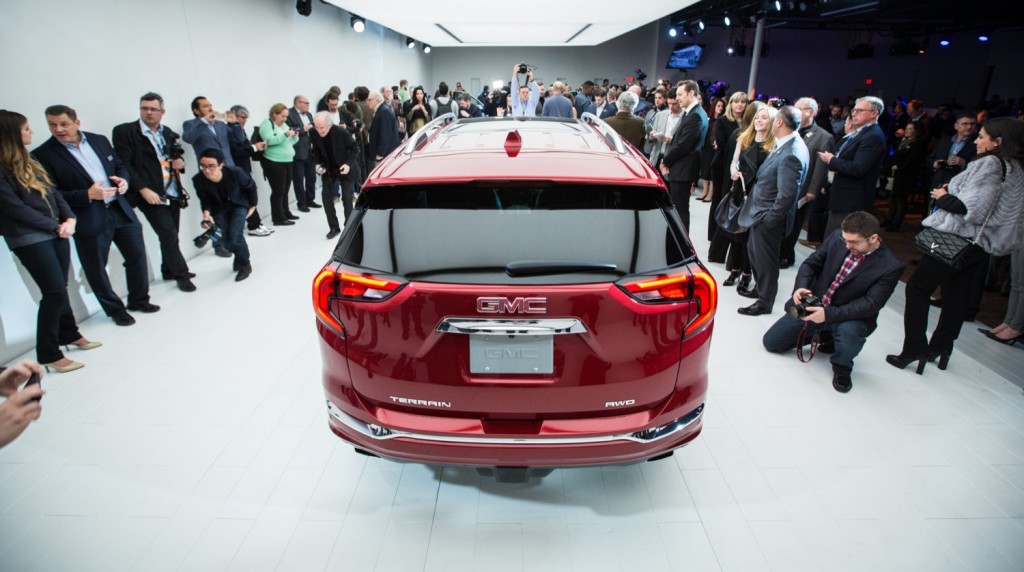