Opel recognized that the MPV segment has continued to shrink as crossovers bring similar utility in a more stylish wrapper. Therefore, through the GM-PSA alliance, the Crossland X was born, and it has been revealed in all its B-segment glory.

Opel clearly has high hopes for the B-segment crossover-like MPV, which looks to build upon the success of the Opel Mokka X. Foremost, the Crossland X replaces the Meriva and kicks off Opel’s “7 in ’17”, in which the brand has committed to reveal seven vehicles this year alone. The crossover hauls in stylish appointments and urban functionality, and Opel foresees the Crossland X as “predestined for urban areas” and ready for holiday no matter where that may be.

The powertrain for the 2017 Crossland X were not revealed as part of the the announcement, but Opel says to expect gasoline, diesel and LPG (liquified petroleum gas) engines. Manual and automatic transmissions will also be available.

As mentioned in the title, the Crossland X has Opel Meriva-sized shoes to fill. To that, Opel thinks the crossover will deliver. While the Crossland X measures in at 165 inches long and 69 inches wide, cargo space is anything but compromised, as the vehicle has 44 cubic feet of cargo space when the seats folded down completely. The rear seats also slide 6 inches forward and back. 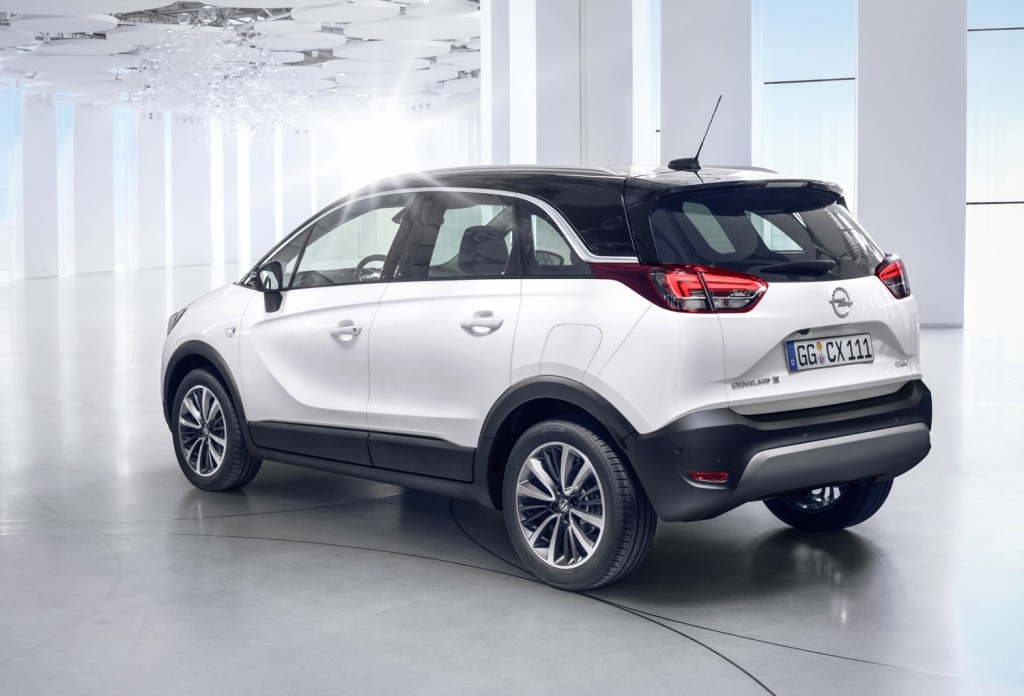 The exterior design is a familiar execution: the front fascia borrows heavily from the 2018 Opel Insignia Grand Sport and 2017 Mokka X, which we’d say is hardly a bad thing. The biggest departure is the roof, which as you can see, is completely blacked out for the ultimate “floating roof” treatment. Opel also says customers may order different colors for the roof, much like the Opel Adam.

If you dig the Astra K’s interior cabin, the Crossland X will suit you well, too. A similar design layout is present, along with what looks to be high-quality materials adorning various touch points and other important areas. Of course, a flush, eight-inch infotainment display is front and center and is compatible with Apple CarPlay and Android Auto. 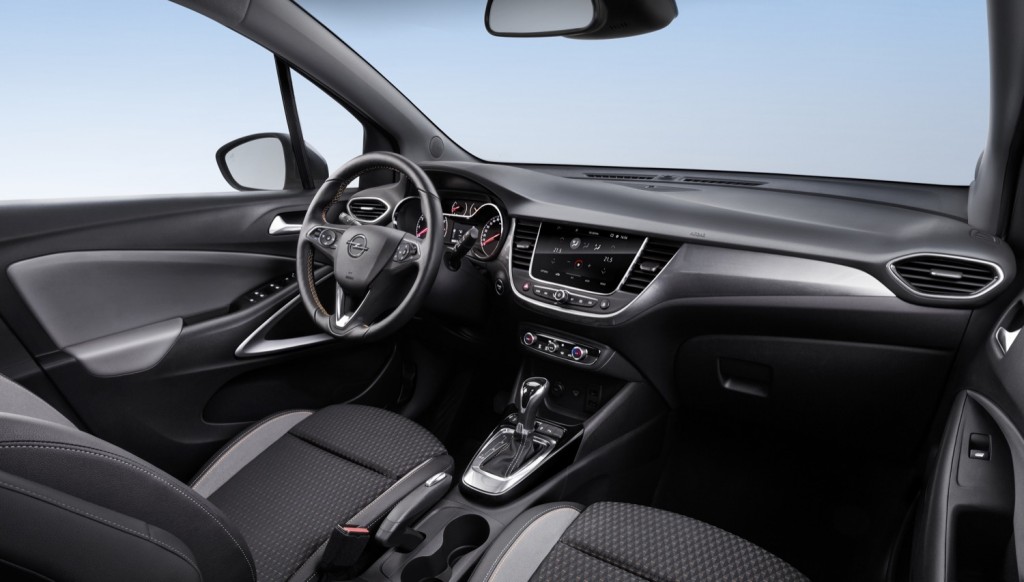 In addition, the Crossland X is chock full of active safety features as well, including the Opel Eye camera, which gives life to such features as Lane Keep Assist, Speed Sign Recognition, and Forward Collision Alert. Opel will also introduce a Driver Drowsiness System to monitor driving behavior, which recommends a break if certain behavioral patterns are recognized. In addition, Opel’s award-winning Adaptive Forward Lighting system is also present and accounted for.

We expect more details surrounding the 2017 Opel Crossland X to be shared when Opel takes to Berlin, Germany to officially unveil the model in February 2017.