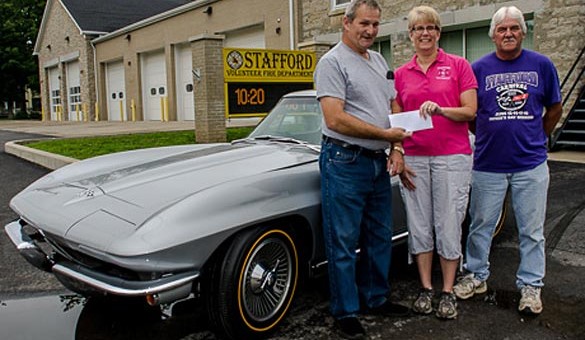 In a bit of shocking news, New York Governor Andrew Cuomo has vetoed a popular bill that would have allowed non-profit organizations to continue raffles in order to supplement costs. Specifically, this has major implications for the yearly raffle the Stafford Fire Department holds in order to raise funds for the department.

According to local news affiliate, WHEC, each year since after World War II, the Stafford Fire Department has raffled off a used car to raise funds for improvements to its fleet of vehicles and other necessary equipment. This year, however, the state of New York shut the raffle down after someone complained the department was accepting sales with debit and credit cards online, something that has been done for 10 years.

The state stepped in and told the fire department to refund all raffle tickets and put the yearly event on hold. The state legislature then passed the Charitable Gaming Act for non-profit organizations to continue their good causes. Despite its strong bipartisan support, Governor Cuomo’s lawyers stated the law would be in conflict with the state’s constitution, and it was ultimately vetoed.

This is because those situated outside the community are still able to participate in “gambling” by purchasing the raffle tickets. The New York state constitution sets rules and regulations for gambling in the state.

“Obviously, if we can help charities with raffles we will, but the legal opinion is it’s unconstitutional the way it was written,” Governor Cuomo said. “So next year, we’ll sit down to see if we can find a way to do it legally.”

As for residents of Stafford, New York, a tax increase will have to take the raffle’s place in order to continue funding the fire department. Without the raffle, the tax increase has been estimated at around 300 percent higher.