The Opel Insignia Grand Sport shares identical features to the Vauxhall-branded Insignia, save for the steering wheel on the opposite side. This means the same aerodynamic and sleek looking design is found with the Opel, including a five-door configuration with a liftback. Opel says it worked hard to place the grille and subtract the front and rear overhangs to emphasize its lower slung stance. 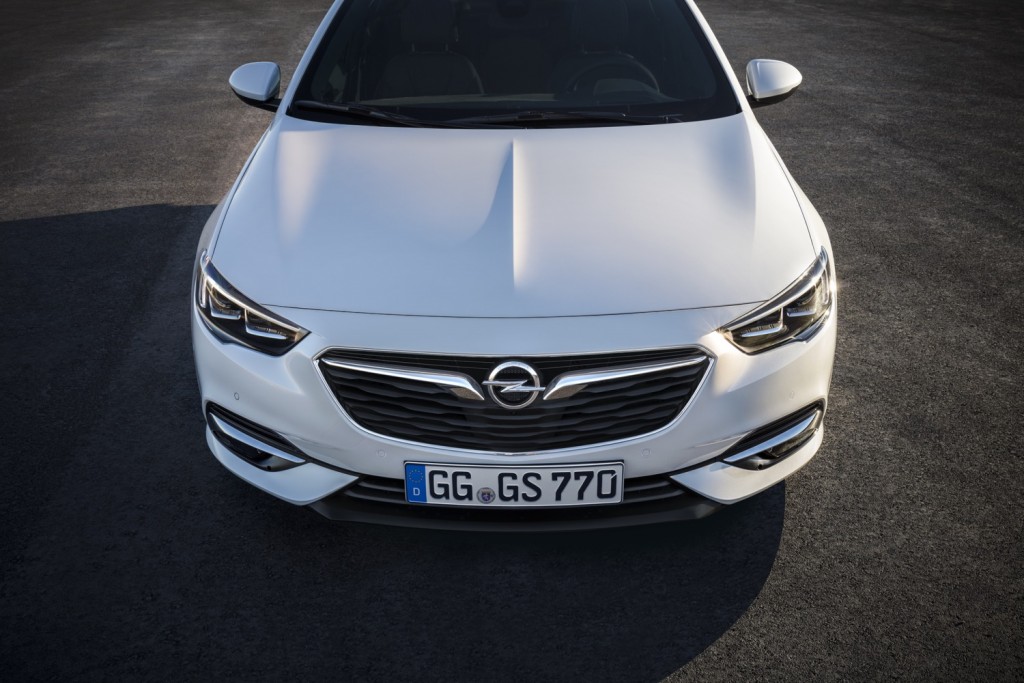 Also like the Vauxhall, the Opel Insignia Grand Sport sheds 386 pounds from its overall curb weight, which will likely play a major factor in its FlexRide chassis and intelligent all-wheel drive system. Opel says the Insignia earned its Grand Sport name by legitimately being a car you want to drive.

On the engineering side of things, Opel did not confirm engines but did tout a new eight-speed automatic transmission and “Twinster” all-wheel drive system. The FlexRide chassis will also provide Standard, Sport and Touring modes for drivers, each calibrated accordingly. Standard will adapt automatically to driving conditions, while Sport takes on a more aggressive driving profile, reducing brake dive and tightening up the chassis further. 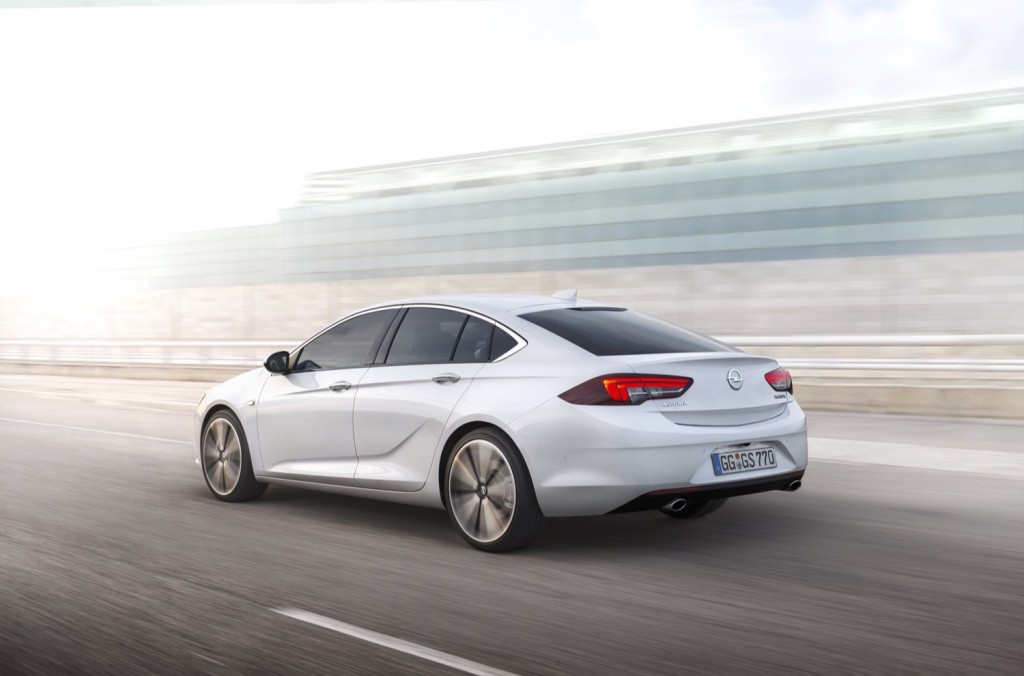 Inside the Insignia Grand Sport, the cockpit as been shifted lower for a more engaging driving experience, and Opel says it has redesigned the center console to give the effect of a higher end vehicle through careful material choices and craftsmanship. Once again, we also see the frameless touchscreen in action, which seems to be a new staple for Opel. It also looks mighty fine.

Unlike the 2018 Commodore, which overall shrinks from the outgoing car, the Opel grows. Hip, shoulder, knee and headroom all grow to accommodate the driver and passenger better .

If the design is a testament to what Opel is capable of, the technology is also meant to flex the brand’s prowess. The 2018 Insignia Grand Sport will arrive with a slew of active safety features and driver assistance technologies. They include a head-up display, 360 degree camera, adaptive cruise control, lane keep assist with lane departure warning and rear-cross traffic alert.

If it’s comfort you seek, Opel has you covered, too. The ergonomic “Aktion Gesunder Rücken” (Campaign for healthy backs) seats are heated, ventilated and massaging. Rear seats may also be equipped rear end warmers, too.

And if you thought Opel wouldn’t mention OnStar, you’d be incorrect. OnStar is alive and well with the Insignia Grand Sport and will also launch a new concierge service for drivers. The “Personal Assistant” will be able to book hotel rooms and more.

Opel has primed the machine for a major launch. After we take all of this information in, we’ll see the 2018 Insignia Grand Sport in all its glory come the 2017 Geneva Motor Show in March. 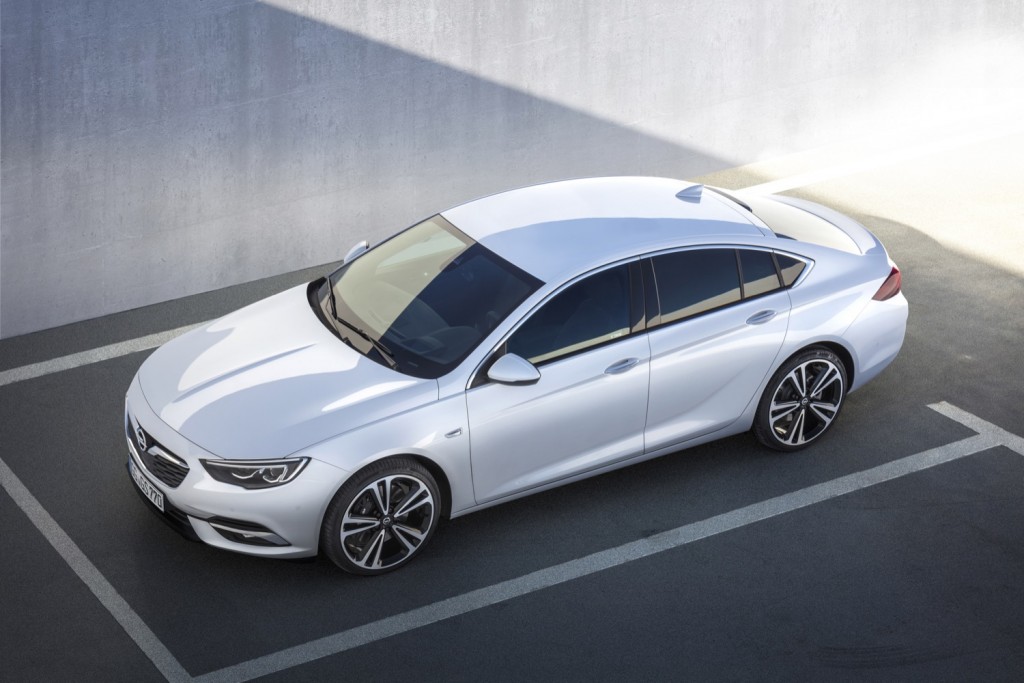