We’ve been trying to glean more details from the teaser image of the upcoming 2018 Chevrolet Traverse crossover that Chevy released last week. So, having made some color adjustments to the original teaser, we’ve been able to come away with a few observations regarding the exterior design of the soon-to-be-overhauled Traverse.

Based on what we can see in the initial teaser, we can walk away with the following conclusion: It appears that the new Chevrolet Traverse will have many similarities to the all-new 2018 Equinox compact crossover. Albeit a much bigger one.

So, let’s take a look at what we can see in our slightly-enhanced version of the Traverse teaser.

We see a front-end treatment that appears to be very reminiscent of that seen on the 2018 Chevy Equinox, including the general design of the headlamps, especially in the treatment of the integrated side marker lamps (the amber piece in the corner of the headlamp cluster). We also see a sculpted hood and bulging, athletic front fenders. 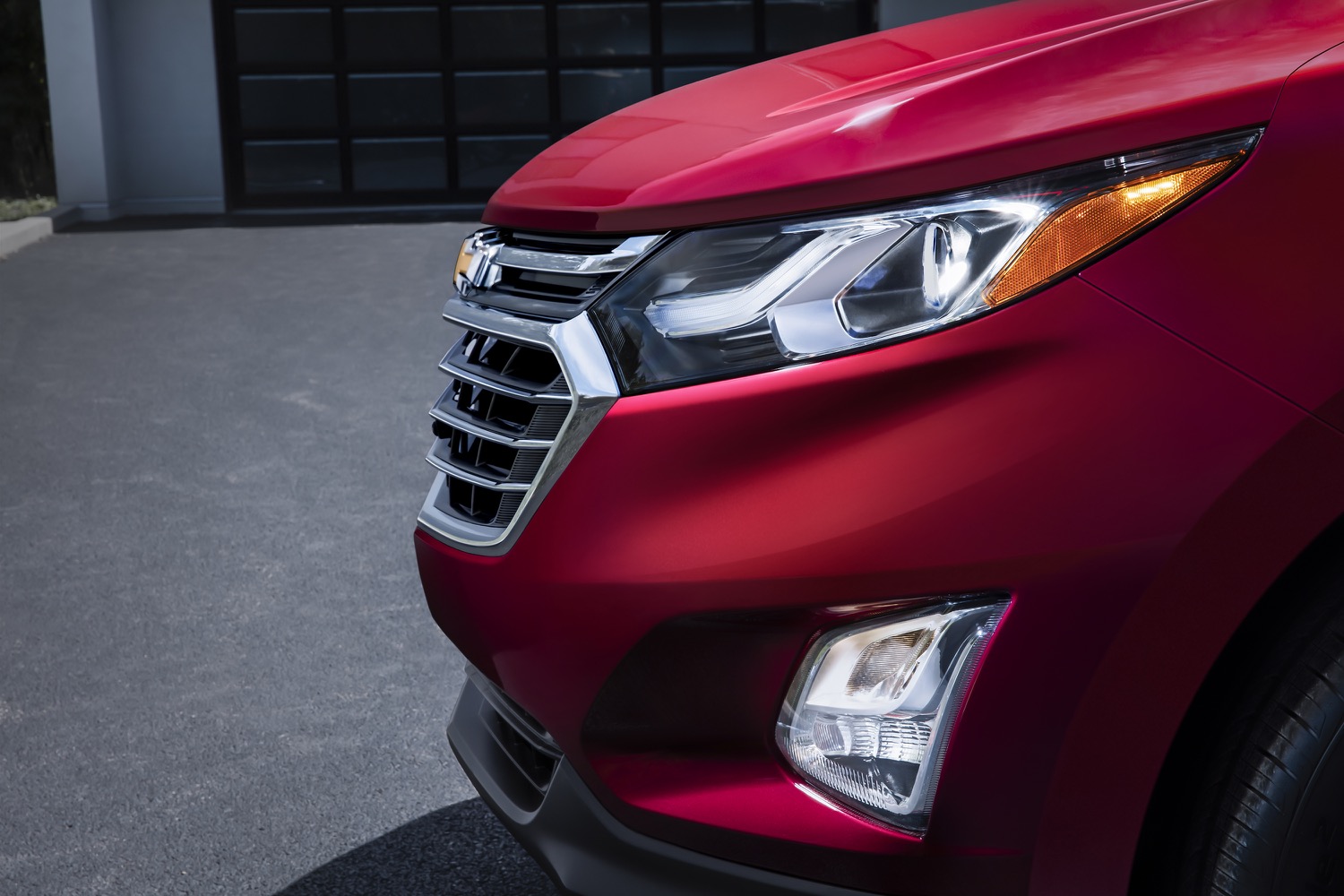 The new Chevrolet Traverse front end should be similar to that of the new, 2018 Chevrolet Equinox (pictured), including the design of the headlamps and hood.

The rear door of the Traverse looks substantially massive in length, likely a design decision that was made with the purpose of getting in and out of the crossover’s second and third rows less of a hassle. And, like the 2018 Equinox and 2017 GMC Acadia, the 2018 Traverse features a “kick-up” (or incline) in the rear door just aft of the C-pillar. 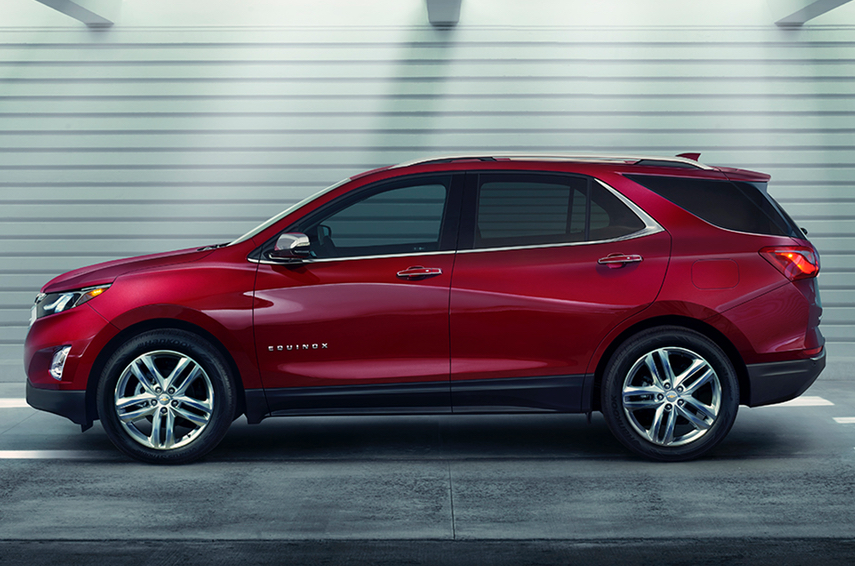 The new Traverse also appears to have a side profile, including a “kick-up” rear door treatment and window trim, that’s reminiscent of the of the new, 2018 Chevrolet Equinox (pictured).

The new Traverse appears to feature an integrated spoiler and aero elements wrapping the rear window, as well as tail lamps with a multi-surface design, just like those on the Equinox… while also sporting a rather massive wrap-around piece.

And like on the Equinox, the new Traverse also features an integrated rear bumper cover that enables the rear bumper to be flush with the rest of the crossover’s rear end (such as the tail lamps), thereby not contributing to the overall length of the vehicle. 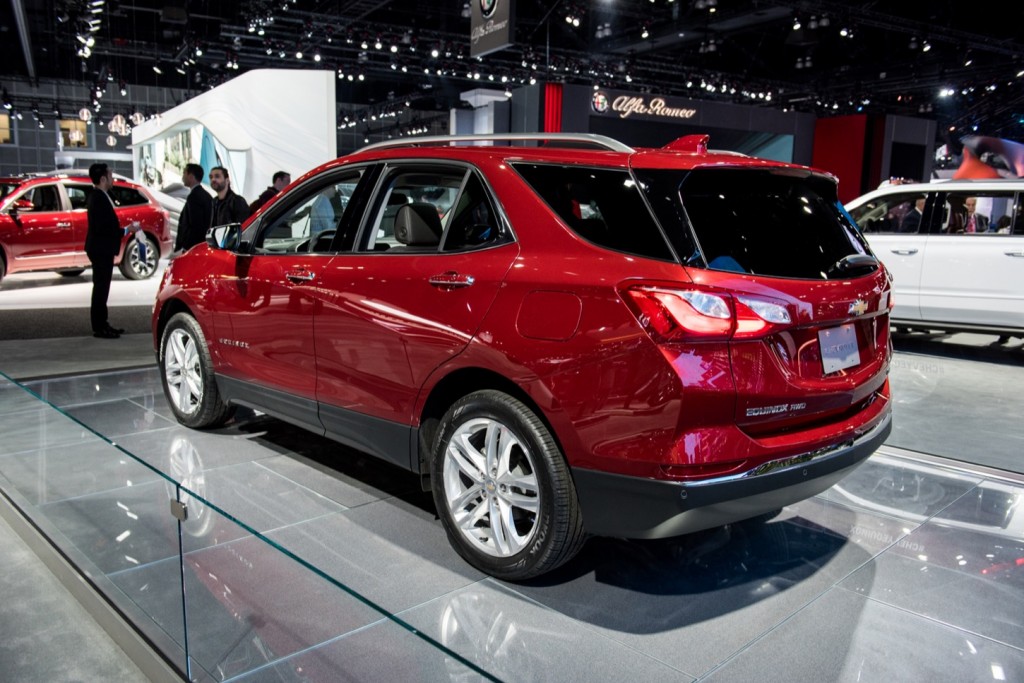 It looks like the rear end of the new Traverse will also take cues from the new new, 2018 Chevrolet Equinox (pictured), including the integrated rear spoiler, flush rear bumper, and multi-dimensional tail lights.

Chevrolet will unveil the all-new Traverse on January 9th at the 2017 North American International Auto Show in Detroit. GM Authority will be on hand to bring you live coverage of the unveiling, as well as follow-up content.