When coming in first contact with the 2017 GMC Acadia Denali, the instinctive reaction is to question where the boxiness went. The large size, or the more imposing angles that are commonplace in the GMC lineup. Perhaps for the first time, this is a GMC that doesn’t inhibit the laser-cut visuals that can be found in the smaller Terrain or the imposing Yukon family. This is a different GMC, freshly cast into the ocean of midsize crossover SUV models. Buyers are a skittish, fickle school of fish in these waters, and the traditional chest-out looks of GMC could have been, shall we say, problematic.

Helping the 2017 GMC Acadia Denali remain unmistakable is, still, the chromed out front grille. Oppositely, you wouldn’t be the only person to mistake the backside for a Jeep Grand Cherokee. Not that it looks bad, and the overall design is a tasteful exercise in chrome moderation. Perhaps a negative stereotype from years prior is that GMC was notorious for having, literally, all of the chrome. The details of the 2017 GMC Acadia Denali seemingly aim to change that for the better.

Immediately realized when driving it is how 2017 the Acadia Denali glides along the pavement quietly and without much effort thanks to the optional adaptive suspension – so long as if you can keep those 20-inch wheels away from any abrupt road imperfections. I’ll stop short of saying its an athlete, but the 310-horsepower 3.6L LGX V6 offers sufficient horsepower in nearly any application. It’s the only engine available in Denali trim, as well. The entry level 2.5L four cylinder is reserved for more entry level Acadia crossovers. We’ll take this moment to mention that the 2017 Acadia Denali AWD is EPA rated at 18 mpg city and 25  mpg highway, for a combined rating of 20 mpg – a 3 mpg improvement of the outgoing Acadia AWD (now the Acadia Limited).

The wood-trimmed cabin feels very open, and for some reason, reminds of something Scandinavian. Ikea office furniture, in a good way. When it comes to spacing things out, GM did a very good job with the C1XX platform – shared only with the Cadillac XT5, but surely there’s more to come from all brands. Everything seems to be more streamlined and intuitive than before. 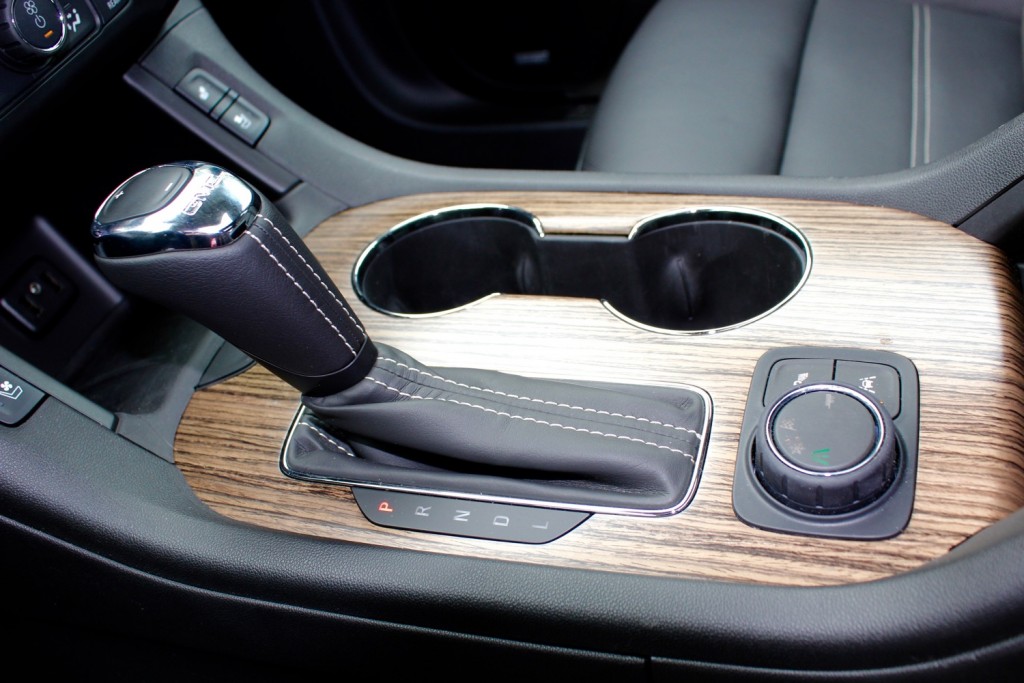 With a starting MSRP of $47,845 in AWD configuration, the 2017 Acadia Denali is more affordable, more pleasant to drive, and more pleasant to sit in compared to the outgoing Acadia Denali, which is still being sold as the Acadia Limited. The meager compromises include less overall interior space and less towing capabilities. Such is to be expected when dropping a full market segment.

Also an effect from the Acadia nameplate shrinking down is the gain and loss of certain consumers. Previous Acadia buyers have repeatedly told us that the all-new model just isn’t for them in terms of size and/or capability, while the Acadia Limited is considered to be too long in the tooth for them, as well.

Oppositely, newer customers welcome the moderately-portioned CUV into their lifestyle, enjoying more maneuverability and fuel economy than before. Should GMC have simply introduced a new midsize crossover nameplate instead of re-hashing the Acadia name? The challenge remains at the dealer level, as they have to correct consumers on the differences between the old and new. Some buyers even ordering one thinking it would be the same size as before. Down the road it puts GMC in an a self-made awkward situation when they inevitably introduce a new full-size model that fills the space of the previous Acadia – which sold over 96,000 units last year, a personal best for the model. It would be folly to abandon that segment outright, based on the numbers alone. But the next big crossover won’t be called the Acadia because the new Acadia is smaller and oh my lord I’ve become paralyzed with confusion from simply writing this.

Who really thought this naming strategy was ever a good idea? 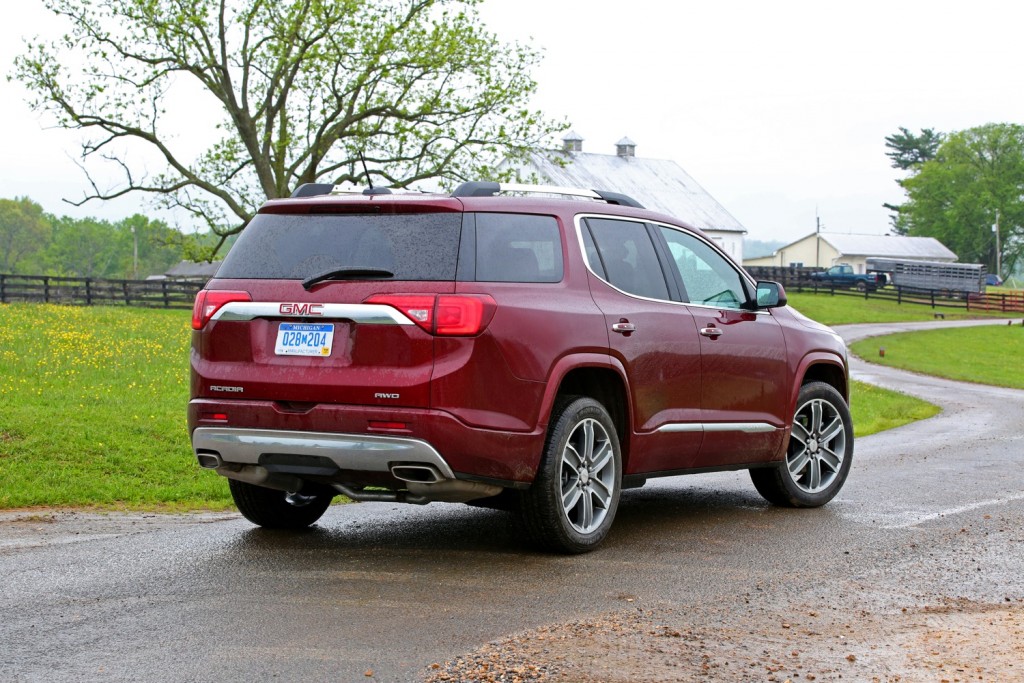 At least, thankfully, the naming strategy is the biggest problem when it comes to the 2017 GMC Acadia Denali. Perhaps one of the best qualities is the value. While some premium crossovers can feel like a genuine rip off, the 2017 Acadia Denali feels bang on the money, even more so than before. Yes, a loaded model is scraping $60,000, and there are the all-too-common plastics here and there, but to that end, GMC did its part to make it soft to the touch, which helps put the material usage out of mind. GMC also found it in their hearts to stick with a familiar shift lever for the six-speed automatic transmission, rather than the less-than-graceful joystick as seen in the 2017 Cadillac XT5 and 2017 Buick LaCrosse.

On the active safety end, which is perhaps paramount when it comes to a family hauler, the Acadia Denali shines. Some of the tech is fairly commonplace in the industry – such as parking sensors. Some are not: such as the Acadia’s surround view backup camera system that comes with the $1,345 Technology Package and projects 360 degrees of situational awareness onto the 8-inch IntelliLink touch screen. Or the industry-first rear seat reminder, which we take as gimmicky, but we’re also not scatter-brained parents. Ultimately, we’re not sure if the lives of children it could save would be Acadia buyers in the first place. That’s besides the point, but the effort is still appreciated. Moreover, the rear seat reminder isn’t just a matter of life and death, because it doesn’t just have to do with kids in the back seat. A bag of restaurant carryout that would otherwise spoil? Or a box full of ice cream that would otherwise melt? The rear seat reminder works for those items, too.

While 2017 GMC Acadia Denali can come off as a tad clinical, it really hits hard where it counts. And if you’re dead set on one now, we won’t stop you. However, it’s likely that there are some powertrain enhancements coming with the freshly announced 9-speed automatic transmission that seems destined for a myriad of General Motors models. As it stands, the 2017 Acadia Denali is still just fine, and is likely to fight to the top of the heap with or without it. So long as people are now aware they’re buying a midsize crossover and not a big one, that is.