If I’m being honest, this probably all could have been avoided, had patience and modesty been present. Instead there was just a burning hunger for that infinitely primal desire that resonates with every conscious being: More power.

If you’re like most of us here at GMAuthority, then you understand the immediate rush from pushing the gas pedal to the floor and feeling the force press you back into your seat. It’s an unbeatable instant high, and easy to get a sting of excitement just thinking about it. If going to the track or just getting in to a “fast” car gives you the same sort of excitement you would get as a kid on Christmas morning, then you get it.

You see, I had just learned that a Lexus IS-F was being sold by my girlfriend’s grandfather, and for a very sound price. My youthful impulsivity pushed me to find out just how impossible it would be for me to pay for such a car. I was smart enough to know I shouldn’t buy it even if I could, but that didn’t make it any less desirable. I spent a lot of time researching the specifications and what owners had to say about the car, as if I might actually buy it. Like most consumers, I was caught up in the figures. 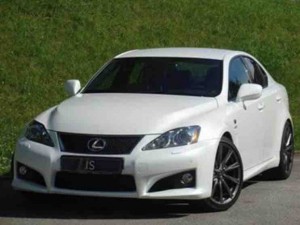 I had my eyes set on the Stage 5 package from JZW Tuning, a popular company in the Saab community. The kit included tuning hardware and software, injectors, and a rebuilt factory turbocharger that had been upgraded to a 19T. The estimated power output for the package is 415 bhp and 532 ft-lbs… just 1 pony less than the IS-F, and about 150 more lb-ft of torque.

The revelation was made about a year ago, and at the end of June 2016 my Saab went under the knife for a substantial overhaul. We’re now nearing November, and the Saab is still under. We’ve decided to share this sob story with you, the reader, and will cover all of the details in a series of installments under the title ‘Saab Story’. In the next installment you’ll find out more specifics of the kit and other components like the twin-disk clutch, see more photos, and hear more about some of the hiccups along the way, so stay tuned.