When the Wisconsin-based, bespoke performance house Ringbrothers says they’re bringing something to SEMA, it’s best to pay attention. Why? Because it consistently knocks projects out of the park. Just like the Chicago Cubs did yesterday evening.

Following the reveal of the Ringbrothers Madam V, which took four Cadillacs to make one 1948 Cadillac sport coupe and 2016 Cadillac ATS-V concoction, Ringbrothers introduced their second project: the G-Code Camaro.

The G-Code Camaro started life as a 1969 Chevrolet Camaro RS, but Ringbrothers ensured this Camaro would be unlike any other. The original engine was gutted, and a 6.2-liter LS3 V8 engine was put in its place. Joining it was a Whipper Supercharger and an increase in displacement to 416 cubic inches, bringing the output up to nearly 1,000 horsepower. 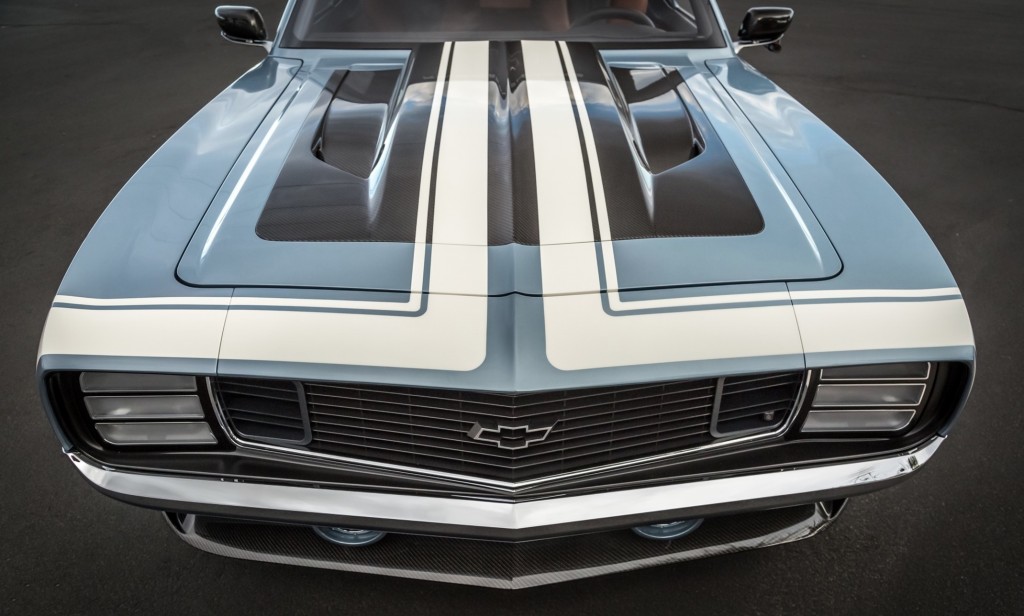 However, straight line speed isn’t the ultimate goal here. Ringbrothers wanted the G-C0de Camaro to handle and take a corner with confidence. To do that, a Detroit Speed full suspension setup including a Hydro Form front clip and Quadra-Link rear with AFCO shocks on all four corners were installed. Massive six-pot Baer Brakes calipers were installed to handle stopping power, with 15-inch rotors up front and 14-inch rotors at the rear.

When it comes to style, the G-Code Camaro also delivers. At least we think so.

Ringbrothers took special care to stay within the realm of what makes the 1969 Camaro so iconic, but it pushed the boundaries in nearly every area. Every single body part you see has been customized, including the bumpers and grille. To highlight the intense bodywork, an exterior hue of “Blue Print” was laid down with striped accents.

“We’re really happy with how the ‘G-Code’ Camaro came out,” co-founder of Ringbrothers Jim Ring said. “Doing a car based on such a popular model is always a challenge, but Mike and I sat down and really thought about how we could do this car differently and I think we succeeded.” 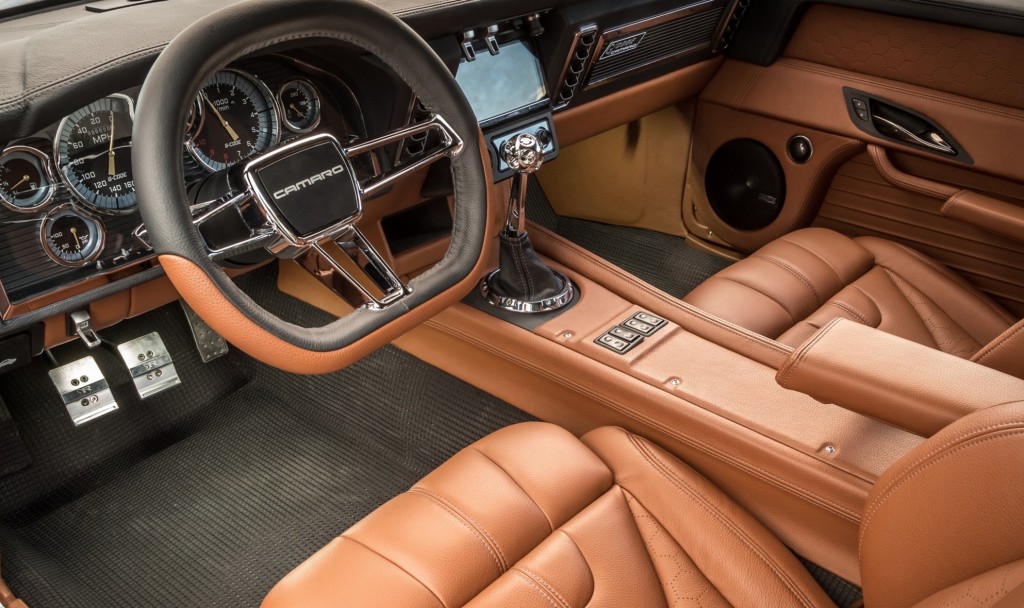 We like this build. Why? Because it’s easily identifiable as a Chevrolet Camaro and pays homage to what made that car so great. But the custom touches take it to another level. Well done, Ringbrothers.